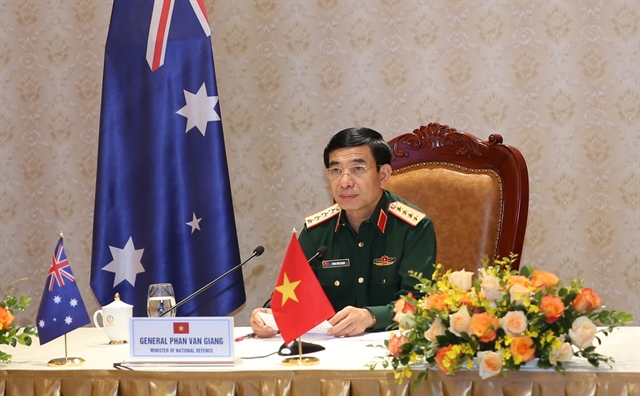 The two sides will work to maintain consultation and dialogue mechanisms, exchange experience and deal with war consequences, while expanding collaboration in the defence industry and cyber security.

Giang said despite COVID-19, Việt Nam and Australia had enhanced their strategic partnership and the defence ties in particular, expressing his belief that outcomes of the talks would help to further expand the defence cooperation.

The minister used the occasion to thank the Australian Government and people for their valuable support to Việt Nam, especially their COVID-19 vaccine commitment.

He appreciated Việt Nam’s support for upgrading the ASEAN-Australia relationship to a comprehensive strategic partnership, and the ASEAN Chairman’s Statement at the recent ASEAN-Australia Summit.

At the talks, the Vietnamese side noted its support for the second ASEAN-Australia Defence Ministers Informal Meeting, and pledged to make more contributions to the ADMM+ Experts’ Working Group on Military Medicine under the co-chairmanship of Australia and Brunei for 2021-23.

Giang invited Dutton to pay an official visit to Việt Nam. The Australian minister accepted the invitation with pleasure. — VNS