The Vietnam Trade Office in Sweden and North Europe plans to take European food importers to Vietnam to buy goods this year while popularising more Vietnamese products in the area. 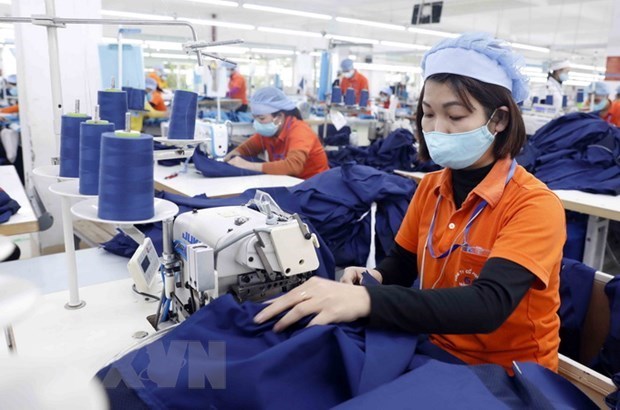 The Vietnam Trade Office in Sweden and North Europe plans to take European food importers to Vietnam to buy goods this year while popularising more Vietnamese products in the area.

Priority will still be given to online trade promotion activities apart from holding weeks of Vietnamese goods and expos.

As Vietnam and Latvia will mark their 30th anniversary of bilateral diplomatic ties this year, the office will launch major activities in the European country, including holding the Vietnam – Latvia business forum in collaboration with the Ministry of Economics of Latvia.

It will also conduct a scientific study on measures boosting Vietnamese exports to North Europe in the context of the implementation of the EU-Vietnam Free Trade Agreement (EVFTA).

Statistics showed that Vietnam’s export to North Europe, including Sweden, Denmark, Norway, Iceland and Latvia, reached 1.86 billion USD in 2020. The figure hit 1.74 billion USD in ten months of 2021, up 0.04 percent annually. In recent years, Vietnamese rice has become a major currency earner from these markets.

Over the past two years, the office has published 14 e-books about each Northern European market and several outstanding Vietnamese goods such as farm produce, coffee, organic food, plastics and plastic products, and footwear.

It has also used an English website to introduce Vietnam’s business environment together with its companies and products to Northern European firms.

In particular, the Vietnam Business Association named Vietnamesiska Handelsförening I Sverige officially debuted on November 28, 2021 to create a wide network of businesses for exchange.

Following its debut, the association and the office held an online consultation seminar for Vietnamese farm produce exporters wishing to enter the North European market./.