Vietnam is an important partner of the Republic of Korea (RoK), with more than 200,000 Koreans living in the Southeast Asian country from which a large amount of trade surplus was generated in 2022, Korean broadcaster KBS underlined in an article published on January 24. 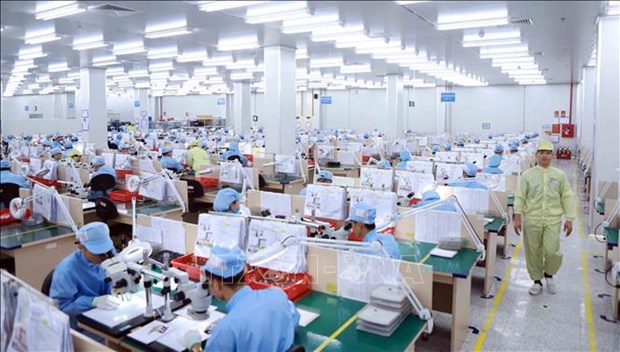 Vietnam is an important partner of the Republic of Korea (RoK), with more than 200,000 Koreans living in the Southeast Asian country from which a large amount of trade surplus was generated in 2022, Korean broadcaster KBS underlined in an article published on January 24.

The article noted that Vietnam is the largest consumer of Korean-made Choco Pie with spending of 100 billion KRW (81.02 million USD) each year. The country is also home to 270 Lotteria shops, it added.

Due to the US-China tension, businesses from all over the world are flocking to Vietnam, and the country is gaining great attraction, it held.

The article said that Apple will produce MacBooks in Vietnam from May and both Dell and HP corporations are also ready to come to Vietnam. A significant number of Chinese companies are also moving to Vietnam, it noted.

As investment inflows and exports increased, Vietnam's economy grew rapidly. It cited data from the General Statistics Office of Vietnam which showed that in 2022, the country's economic growth reached 8.02% and workers' wages increased by an average of 16%.

Vietnam is becoming a global manufacturing hub. In December 2022, Vietnam overtook the UK in terms of trade with the US to rise to the 7th position.

In order to manufacture and export electronic products, Vietnam needs to import sensor components, semiconductors, screens, and steel, which are strong products of the RoK, it said.

In 2022, the RoK exported 60.9 billion USD worth of goods to Vietnam, equivalent to more than 50% of the RoK's total export revenue from the US (109.8 billion USD) and doubling the revenue from Japan ( 30.6 billion USD). Although Vietnam saw a trade deficit of 34.2 billion USD with the RoK last year, it is the country from which the RoK gained the most benefits in the past year, not China or the US, the article underscored.

The RoK ranks first in both number of projects and cumulative value of investments in Vietnam. Currently, there are about 9,000 Korean companies operating in Vietnam, the article said.

Vietnam's economy opened in 1986. In the process, Vietnam has created favourable conditions for the development of private enterprises, the article noted, adding that in Vietnam, domestic firms such as Vingroup and Vietjet are developing rapidly./.