Vietnam values and supports the central role of the United Nations (UN) in the global governance system to respond to today's common challenges and wishes to promote all-round cooperation with the organisation, President Nguyen Xuan Phuc has reaffirmed. 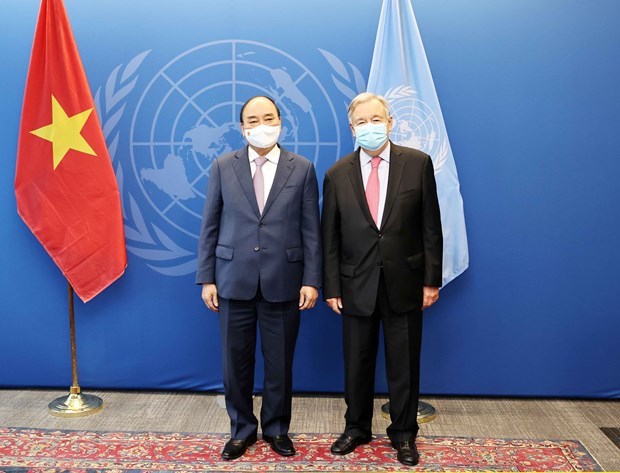 Vietnam values and supports the central role of the United Nations (UN) in the global governance system to respond to today's common challenges and wishes to promote all-round cooperation with the organisation, President Nguyen Xuan Phuc has reaffirmed.

President Phuc made the statement during his separate meetings with President of the UN General Assembly Abdulla Shahid and UN Secretary-General Antonio Guterres in New York on September 21.

He told the two UN leaders that Vietnam is exerting utmost efforts in the fight against COVID-19, and putting the safety and health of the people first. He asked the UN to continue supporting Vietnam during this difficult time, especially in the vaccination drive. 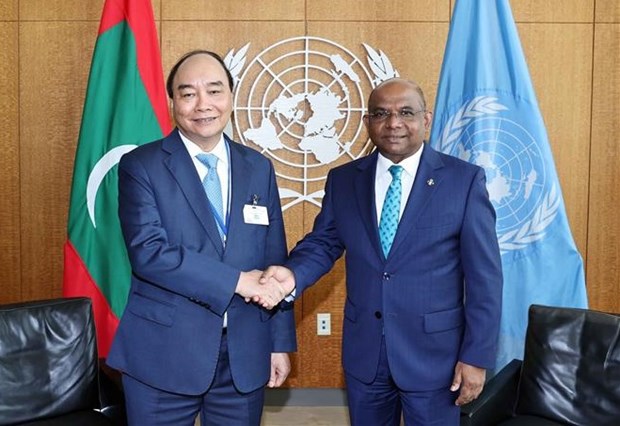 Phuc highlighted that Vietnam has always made effective contributions to the common work of the UN, including taking on the role of a non-permanent member of the UN Security Council for the 2020-2021 term, participating in peacekeeping operations, implementing the Sustainable Development Goals and the Paris Agreement on Climate Change, participating in elections to UN organisations and contributing to reform efforts to improve performance of the organisation.

Discussing regional and international issues, the two sides emphasized the need to continue strengthening multilateralism with the UN playing a central role, and speeding up the implementation of the 2030 Agenda on Sustainable Development, and the Paris Agreement on climate change.

They agreed to strengthen cooperation between the UN and ASEAN, promote ASEAN's central role in solving regional issues, and support efforts of the bloc and relevant countries in maintaining peace and stability in the region, upholding respect for international law, especially the 1982 United Nations Convention on the Law of the Sea. 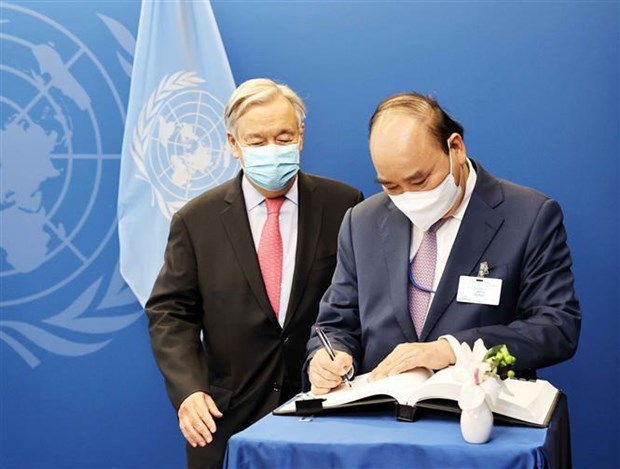 The UN leaders said that they are impressed by Vietnam's socio-economic development achievements and appreciated the country’s increasing role and position in the region and in the international arena. They spoke highly of Vietnam's active, responsible and effective contributions to the UN's common work, especially as a non-permanent member of the UN Security Council as well as in joining UN peacekeeping missions, and implementing sustainable development goals and climate goals.

The UN Secretary-General affirmed that the organisation will continue to pay attention to and support Vietnam's response to the pandemic, and always stand side-by-side and assist the country in post-pandemic socio-economic recovery and development.

He also expressed his wish that Vietnam will contribute more to climate change response efforts, especially raising its commitments to reducing greenhouse gas emissions towards the COP26 Conference in November 2021 in Glasgow (Scotland- UK)./.