Việt Nam to have a regulation on offshore loans

The State Bank of Việt Nam (SBV) is collecting opinions from organisations and individuals on the Prime Minister's draft decision on offshore loans and guarantees for non-residents of economic organisations. 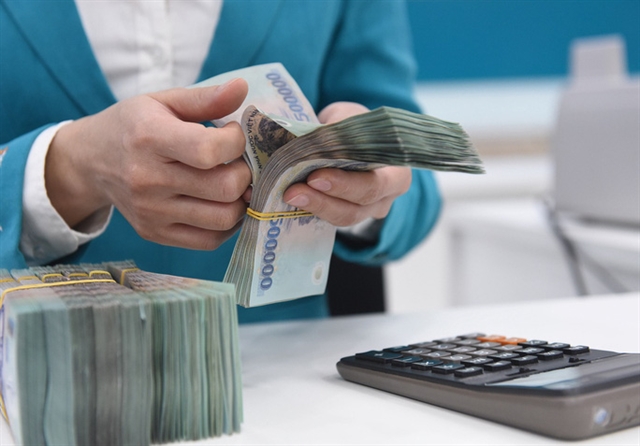 In Việt Nam, there has been a need from economic organisations to lend abroad, or learn related regulations. — Photo nld.vn

The State Bank of Việt Nam (SBV) is collecting opinions from organisations and inpiduals on the Prime Minister's draft decision on offshore loans and guarantees for non-residents of economic organisations.

According to SBV, recently, in Việt Nam, there has been a need from economic organisations to lend abroad, or learn related regulations. However, there are still no specific regulations and guidelines, and they must directly consult with the Prime Minister.

This is why the formulation and issuance of the above Decision is necessary. It would also create conditions for economic organisations wishing to lend abroad, guaranteeing residents understand the criteria and procedures for applying for the PM’s approval. In addition, it would help coordinate agencies to appraise the contents of related functions and tasks, as a basis for the PM to consider and decide to approve or refuse requests for loans abroad.

This provision in the Foreign Exchange Ordinance clearly shows the policy of strict and prudent management of foreign loans and guarantees for non-residents of economic organisations, in accordance with the country’s economy which still has many difficulties and limitations on investment capital. The country is concentrating capital for domestic business development, ensuring growth goals.

In addition, this policy is also in line with the prudent capital flow liberalisation roadmap, following the Government's orientation as well as the IMF's recommendations, to avoid risks that may arise.

Therefore, an important objective for building this Decision was to establish a prudent and rigorous review process for applications for offshore loans and guarantees for non-residents. It would comprehensively review related areas of State management and the above-mentioned prudent management principles.

The draft decision stipulates a number of basic principles for economic organisations' implementation of foreign loans and guarantees for non-residents. In which, foreign lending activities of economic organisations to support production and business as well as foreign investment activities do not affect macro safety or socio-political security. It is not contrary to defence, foreign policy and orientations for macroeconomic stability in each period.

Economic organisations providing offshore loans must comply with the Decision’s provisions, the law on currency, foreign exchange, investment, tax and other relevant laws. They must also comply with laws of the country and territory of the borrower, guarantor and relevant international treaties. They are solely responsible for the efficiency and risks related to offshore loans and guarantees for non-residents.

The organisation must have operated for at least 5 years with profitable business operations without bad debts, and no overdue foreign debts. They do not owe tax debt to the State Budget for two consecutive years before the time of submitting the application for approval of the loan or guarantee.

They must have a plan for offshore lending and guarantee for non-residents approved by the competent authority in accordance with the law on the management and use of State capital to invest in production and business (in case the economic organisation is a State-owned enterprise).

This regulation aims to require economic organisations to prove their economic potential to make loans or guarantees and not affect budget revenues, demonstrating self-responsibility in deciding and implementing transactions for this service.

Foreign currency for offshore loans must be from sources from production and business activities, not using foreign currency purchased from credit institutions or borrowed at home and abroad. — VNS