Minister of Industry and Trade Nguyen Hong Dien has stressed the need to ensure customs clearance by all means for agricultural products stuck at northern border gates. 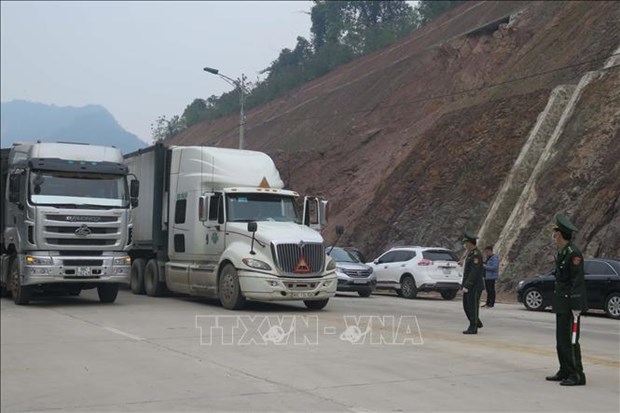 Nearly 6,000 vehicles were waiting for customs clearance in Lang Son and Quang Ninh provinces on December 24 and 25. (Photo: VNA)

Minister of Industry and Trade Nguyen Hong Dien has stressed the need to ensure customs clearance by all means for agricultural products stuck at northern border gates.

The move is to materialise high-level agreements reached between Vietnam and China, meet the rights and interests of both sides and avoid public concern, especially when the Tet (Lunar New Year) festival is approaching, the minister told an online meeting on January 18.

According to Phan Van Chinh, head of the Agency of Foreign Trade under the Ministry of Industry and Trade (MoIT), cargo trucks have been stranded at border gates in Lang Son and Quang Ninh provinces over the past days as China has intensified COVID-19 prevention and control measures.

Notably, nearly 6,000 vehicles were waiting for customs clearance in the two provinces on December 24 and 25. Meanwhile, thousands of others had been stuck on the Chinese side.

The ministry reported that as of January 17 morning, a total of 12 northern border gates had been reopened and there were only 2,643 trucks stuck in Lang Son and Quang Ninh.

Leaders of Cao Bang and Lang Son provinces said they have regularly held working sessions with the Chinese side at different levels to push ahead with customs clearance.

The MoIT has decided to establish a steering board to handle the cargo congestion, headed by Minister Dien.

The board instructs competent agencies to take measures and solutions to remove bottlenecks in customs clearance at the northern border gates, provides updates on the situation for localities, and coordinate with relevant ministries, agencies and localities to regulate goods transportation to the border gates.

The MoIT has also established a working group that gives advice to the board in this regard and advised production and business facilities to observe pandemic prevention and control regulations./.

Cargo throughput across seaports nationwide hit 241 million tonnes in the first four months of 2022, rising 2 percent year-on-year, according to the Vietnam Maritime Administration.

Export prices are high, but businesses are worried about the lack of pangasius raw materials

VCN- Pangasius export prices have increased and orders are high, but businesses are worried about a lack of raw materials for export processing in the coming months. 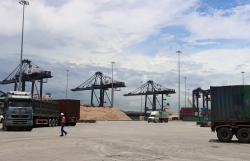 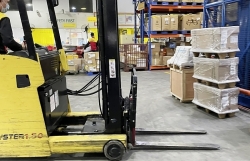 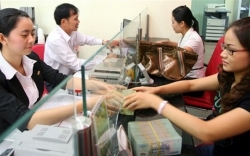