Experts have raised strong support for a comprehensive reform for the draft revised Petroleum Law that will help further develop the country’s oil and gas industry. 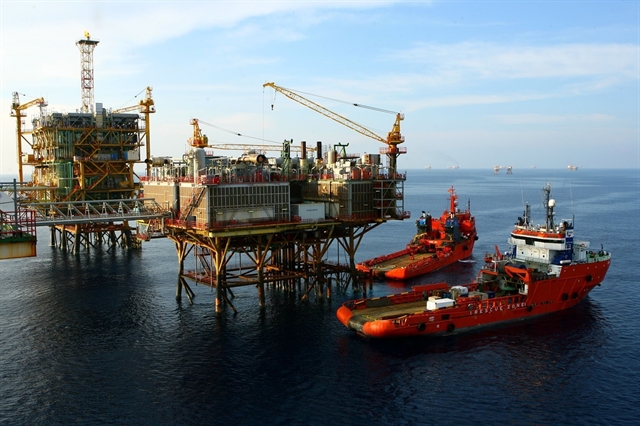 HÀ NỘI – Experts have raised strong support for a comprehensive reform for the draft revised Petroleum Law that will help further develop the country’s oil and gas industry.

The comments were discussed in a “seminar on improving institutions and the development of oil and gas industry” held on June 13 in Hà Nội.

At the seminar, participants said that during nearly 30 years of establishment, the oil and gas industry had made an important contribution to the country’s economic development and ensured energy security.

However, the Petroleum Law enacted in 1993 has now shown many shortcomings in oil and gas production and luring foreign investment in this sector.

Economist Nguyễn Minh Phong told participants that the oil and gas industry was facing a decline in many aspects ranging from new oil and gas discoveries to a decrease in oil and gas production.

Phong said this was a downward trend as the world oil price strongly increased and sea disputes remain complicated.

Since 1981, Việt Nam has had 108 oil and gas contracts. At the moment, five contracts are being affected only. Over the last seven years, PetroVietnam (PVN) signed three new contracts only.

Nguyễn Quốc Thập, vice chairman of the Vietnam Oil and Gas Association, said that several laws related to the operation of the oil and gas industry, such as Law on Public Investment, Law on Investment and Law on Enterprise and Law on Management and Use of State Capital enacted after Petroleum Law in 1993 leading to an overlapping and duplication that needed to be handled soon. In addition, gas projects are dealing with many difficulties and are being carried out slowly due to the overlapping regulations and laws.

Phan Đức Hiếu, a standing member of the National Assembly’s Economic Committee, said oil and gas exploitation activities posed many risks amid the increasing international competition while Việt Nam’s investment incentives under the law in 1993 were no longer appropriate and attractive.

Nguyễn Việt Sơn of the Ministry of Industry and Trade told the seminar that the draft revised Petroleum Law had conducted six policies to facilitate the development of the oil and gas industry.

The draft revised Petroleum Law comprises 11 chapters and 64 articles and clarifies six groups of policies that have been approved by the NA in Resolution No.17/2021/QH15.

Regarding the draft revised Petroleum Law, Phan Đức Hiếu said the National Assembly’s Law Compiling Committee added a chapter on the basic investigation in the industry.

Nguyễn Quốc Thập said that oil prices fluctuated unpredictably and the draft law mentioned the increasing cost while failing to mention the decrease in oil prices. As a result, the law would affect oil and gas industry development.

The Vietnam Oil and Gas Association has asked the Law Compiling Committee to conduct more specific regulations relating to other laws, such as the Law on Construction.

Thập said the revised Law on Petroleum needed to regulate the rights and responsibilities of PetroVietnam in approving oil and gas projects.

The National Assembly will discuss the draft revised Petroleum Law this week. - VNS

The demand for IT personnel continues to soar given a rising recruitment need seen across many sectors serving post-pandemic business recovery and growth, according to a report on the Vietnamese labour market in the 2nd quarter by the payroll, recruitment & outsourcing agency Andeco Vietnam.

Vietnamese fish sauce needs to improve the food hygiene and safety as well as diversify products to expand exports.