Prime Minister Pham Minh Chinh has underlined the need to further promote and scale up multilateral diplomacy, and external activities must be implemented with sincerity, trust, equality and respect, with an willingness to listen for effective cooperation and common development, thus laying the foundation for making full use of international resources for the national sustainable development. 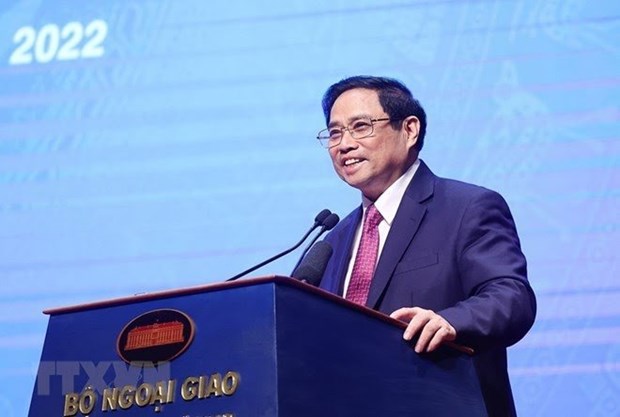 Prime Minister Pham Minh Chinh has underlined the need to further promote and scale up multilateral diplomacy, and external activities must be implemented with sincerity, trust, equality and respect, with an willingness to listen for effective cooperation and common development, thus laying the foundation for making full use of international resources for the national sustainable development.

He gave the direction a conference held in both videoconference and in-person forms in Hanoi on January 22 to review Vietnam's performance during the two-year tenure of a non-permanent member of the UN Security Council (UNSC).

The PM noted that Vietnam's assumption of the position as a non-permanent member of the UNSC for a second time just over 10 years after completing its first tenure in the council, with a record high number of votes (192 out of 193 votes), showed the stature of the country and the high confidence of other countries in Vietnam’s external policy.

Amid the complicated developments in the world and regional situation, the Government leader asked the diplomatic sector to continue to take the pioneering role in maintaining the peaceful and stable environment and contributing to the safeguarding of national independence, sovereignty, unity and territorial integrity of the country in the new situation. 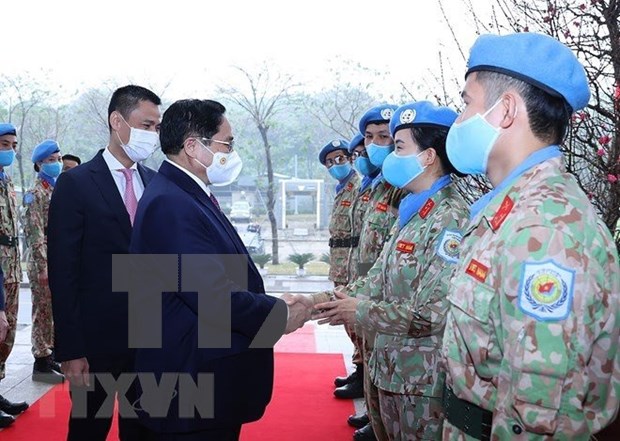 He required the sector to conduct comprehensive and synchronous multilateral diplomatic activities across the fields while continuing to deepen bilateral partnership with other countries and international organisations.

At the same time, the sector should continue to play a main role in leading reconciliation and participate in the formation of rules at multilateral forums when condition permit through hosting big international events, running for important positions in international organisations and proactively putting forward ideas, thus creating positive imprints and enhancing Vietnam's position and value in relations with other countries.

The PM also stressed the need for close coordination among diplomatic agencies for higher efficiency in implementing tasks in diplomacy and international integration.

According to Foreign Minister Bui Thanh Son, Vietnam began its tenure of a non-permanent member of the UNSC in 2020-2021 when there were both advantages and challenges and difficulties in the world and the regional situation with unexpected developments, especially the outbreak of COVID-19 pandemic.

In such circumstances, in the last two years, the UNSC handled a great workload with 840 meetings at ambassadorial level and thousands of consultations at different levels. It adopted a total of 254 documents of all kinds and discussed more than 60 issues related to situations in all continents and all non-traditional security matters, especially climate changes, COVID-19 and maritime security.

The minister said with a consistent message of being “a partner for sustainable peace,” Vietnam joined the council in an active, positive spirit with a high sense of responsibility, and made practical contributions to the council’s work.

Reviewing the imprints that Vietnam left in the UNSC, Son said that Vietnam helped promote the multilateral approach and uphold international law as well as fundamental principles of the UN Charter, while pushing the search for sustainable and comprehensive solutions to conflicts, including the settlement of conflict consequences for the long-term development of countries.

The country has worked to spread humanity and increase protection of civilians, especially vulnerable groups such as women and children, in conflicts, and to strengthen cooperation between the UN, the UNSC with regional organisations in maintaining peace and international security as well as increasing the central role and presence of the ASEAN in the council. Vietnam actively proposed solutions to many global issues, especially non-traditional security matters such as climate change, maritime security, and pandemic response, said Son.

He affirmed that with those imprints, Vietnam’s tenure as a non-permanent member of the UNSC was a step forward in implementing the diplomatic policy of independence, self-reliance, multilateralisation and persification as well as active, extensive and effective international integration, thus further enhancing the position and prestige of Vietnam in the world arena./.

Over the past 90 years, under the leadership of the Party and President Ho Chi Minh, Vietnam has built a unique and special diplomacy of the Ho Chi Minh era with strong “Vietnamese bamboo” characters, Party General Secretary Nguyen Phu Trong said at the first National Conference on Foreign Affairs in Hanoi on December 14.

Deputy Minister of Foreign Affairs Nguyễn Minh Vũ talked to the press about efforts to deploy "vaccine diplomacy" to find vaccine sources as well as solutions to successfully implement the Government's vaccine strategy.

Da Nang to step up economic diplomacy over next five years

The central city of Da Nang will press ahead with the research and forecasting of the world’s political situation and new trends in global economic transformation to serve its development policy making over the next five years.