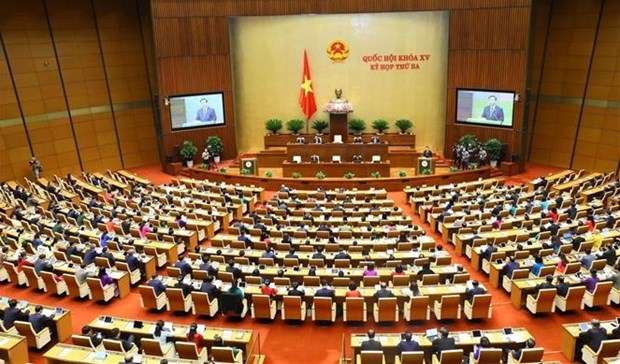 The opening session is broadcast live on Radio the Voice of Vietnam (VOV1), the Vietnam Television (VTV), and the NA's TV channel.

Before the opening, leaders of the Party, State and Vietnam Fatherland Front and NA deputies laid wreaths in tribute to President Ho Chi Minh at his Mausoleum.

During the 19-day session – the longest since the beginning of this tenure, the legislative body will consider and approve five draft laws and three draft resolutions, which are designed to continue implementing the policy of safe, flexible adaptation to and effective control of the COVID-19 pandemic so as to recover the economy and support people and labourers in the new normal. 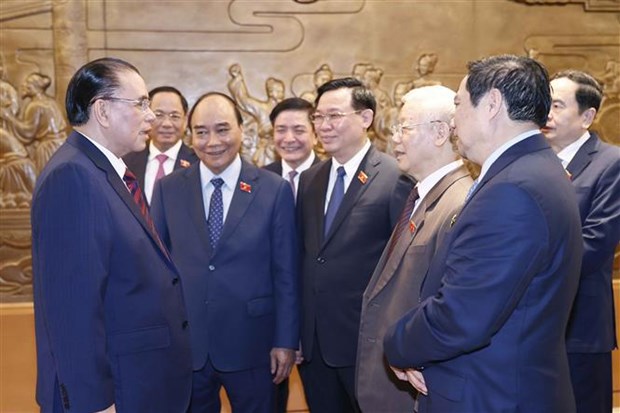 After the opening remarks delivered by NA Chairman Vuong Dinh Hue, Deputy Prime Minister Le Van Thanh will deliver a report on supplementary assessment of the implementation of the socio-economic development plans and the state budget in 2021 and in the first months of 2022.

Chairman of the NA’s Economic Committee Vu Hong Thanh will present a verification report on this issue.

President of the VFF Central Committee Do Van Chien then will deliver a report on the ideas and recommendations of voters and people nationwide sent to the third session.

The State budget settlement in 2020 will be the focus of the afternoon sitting./.

The National Assembly (NA) Standing Committee on Saturday morning gave opinions on the implementation and capital allocation for tasks and projects under the programme on socio-economic recovery and development.

15th National Assembly to commence third session on May 23