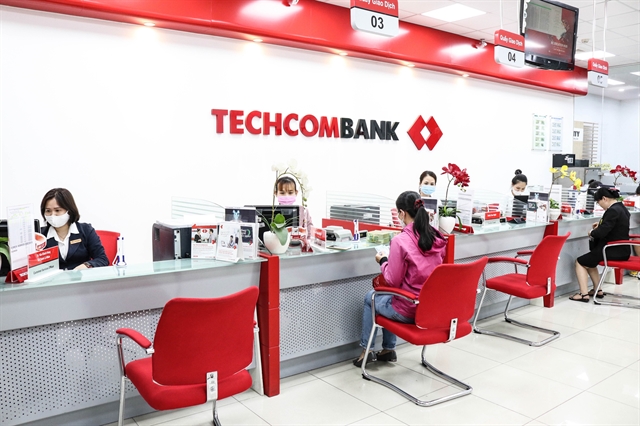 The market’s breadth was positive with 221 stocks climbing, while 188 stocks slid. The liquidity was higher than the last session. Of which, over 764.3 million shares were traded on the southern bourse, worth nearly VNĐ22.8 trillion (US$1 billion). The trading volume rose 26.6 per cent over the last trading session.

The benchmark’s bullish sentiment was driven by strong gains in many large-cap stocks, especially in real estate, bank and manufacturing stocks.

Vingroup (VIC) was the market’s most influencer yesterday, up 2.91 per cent. Other two stocks of the trio stocks of the Vin family, including Vinhomes (JSC) and Vincome Retail (VRE) also contributed to the market’s uptrend, up 1.38 per cent and 4.46 per cent, respectively.

Investors will focus on the third quarter business statements this week.

On the Hà Nội Stock Exchange (HNX), the HNX-Index also finished higher yesterday on back of pillar stocks. The index climbed 2.24 points, or 0.65 per cent, to 374.34 points.

During the session, investors poured nearly VNĐ2.1 trillion into HNX, equivalent to a trading volume of more than 99.75 million shares.

The Vietnamese Government always listens to and creates the best possible conditions for foreign enterprises and investors to clear hurdles, set up a new normal environment, and recover their production and businesses at the earliest possible, under the motto of preventing disruption to production and supply chains and ensuring a smooth circulation of goods across the country, stated Foreign Ministry Spokesperson Le Thi Thu Hang.

VCN - In order to stabilize the market and protect farmers, the anti-smuggling forces on the An Giang border are working to fight illegally imported fertilizers and pesticides.

Phu Quoc island in the southern province of Kien Giang is making it new to welcome tourists and investors as it plans to reopen its door to international tourists from this November.