Some major businesses from Denmark and Norway have expressed an interest in developing offshore wind power during recent meetings with officials of the Ministry of Industry and Trade (MoIT). 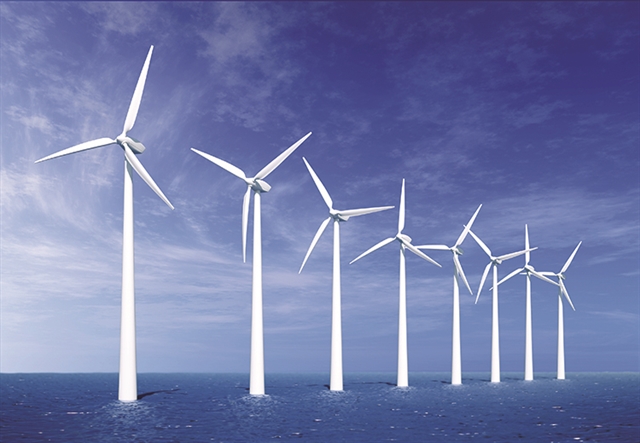 Việt Nam has been viewed as a new and important market for wind power. Photo evn.com.vn

Some major businesses from Denmark and Norway have expressed an interest in developing offshore wind power during recent meetings with officials of the Ministry of Industry and Trade (MoIT).

He expressed his hope that Orsted, which is the world’s biggest offshore wind power developer, would share its experience in this field so as to help Việt Nam carry out effective energy transition projects that suit local development demand.

Neubert said his group viewed Việt Nam as a new and also important market. It opened an office in the country in December 2020 with the hope of making more concrete contributions to the formation of an offshore wind power industry in Việt Nam.

The firm was building a plan on launching the industry in Việt Nam through two projects it was implementing in co-ordination with T&T Group, he went on, noting that through its concrete activities and objectives, Orsted hopes to accompany the Vietnamese Government during the realisation of the COP26 commitments.

Equinor, a large energy business of Norway, also showed its attention to the local sector.

Addressing a working session with Deputy Minister Đặng Hoàng An, an Equinor official said it had opened a representative office in Hà Nội, which affirmed Norway’s readiness and determination to contribute to Việt Nam’s offshore wind power development, green transition, and implementation of the commitments in the Paris Agreement on climate change and at COP26.

Equinor recently co-operated with the MoIT to study the development of an offshore wind power supply chain. This study’s results were handed over to the MoIT in October 2021.

In March 2021, it also signed a memorandum of understanding with the Việt Nam Oil and Gas Group (PetroVietnam) to assess the feasibility of cooperation in developing offshore wind power and renewable energy.

In the draft National Power Development Plan VIII, Việt Nam looks to develop 16,121 MW of onshore and inshore wind power, along with about 7,000 MW of offshore by 2030. Wind power is set to make up 15.8 per cent of the capacity of the electricity generation system, including 4.8 per cent from offshore wind power. — VNS

Total export-import turnover in July reached 60.36 billion USD, up 6.1% year-on-year but down 6.8% month-on-month, according to the General Statistics Office of Vietnam (GSO).

Vietnamese enterprises should be cautious before transporting agricultural products to Lào Cai's Kim Thành II border gate for export to minimise losses although Chinese authorities are piloting the re-import of these products, according to Hà Đức Thuận, deputy head of Lào Cai Border Gate Management Board.

The COVID-19 pandemic has forced many enterprises to close, with workers losing their jobs and their lives seriously affected. However, through the use of technology, businesses can rebuild management and operations to accelerate and create breakthroughs, experts have said.