Dragon Capital believes that as the Vietnamnese economy returns to normal growth of 6-7 per cent in 2022, good quality large-cap stocks, which reflect macroeconomic growth drivers, will lead the market’s trend again. 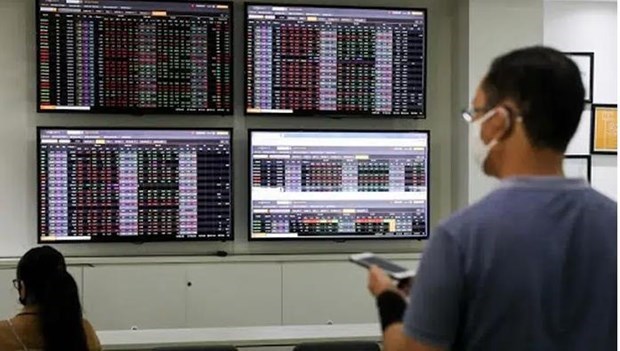 In December 2021, the market benchmark VN-Index could have surpassed 1,498 points if it were not affected by the holiday, Dragon Capital said in a recent report.

Small- and mid-cap stocks have recently risen quite strongly. But the question is whether this is a sign showing investors are gradually shifting back to the large-cap group.

Dragon Capital believes that as the economy returns to normal growth of 6-7 per cent in 2022, good quality large-cap stocks, which reflect macroeconomic growth drivers, will return to the role as market leader.

Việt Nam not only is one of the best growth markets globally in 2021 with a rate of 35.7 per cent, but has also made significant progress in developing the domestic stock market. The market has 63 companies with capitalisation of over US$1 billion. Daily liquidity regularly exceeded the new average of $1 billion, higher than other emerging markets.

Besides, the number of new accounts opened in November has surpassed the total number in the whole of 2019.

As the market liquidity increased sharply in the first half of 2021, the trading system of the Hồ Chí Minh Stock Exchange (HoSE) was congested causing the market to stall, however, the problem was completely resolved in August.

The exchange’s infrastructure will be fully upgraded when the Korean trading system comes into operation in the second quarter of 2022. In addition, the T+0 transaction will create a foundation for the liquidity to continue to increase. Futures, options and other derivative products will also be issued after that.

Fundamentals show that 2022 continues to be a positive year, although the market has recorded outstanding gains last year, Dragon Capital said.

With 72 per cent of the population already injected with two doses of the COVID-19 vaccine and a fiscal stimulus package, the economic recovery process is only in the early stages. Dragon Capital expects a 22.6 per cent increase in overall market earning per share (EPS), while the 2022 price to earning ratio (P/E) is only 11.8. This is an attractive valuation compared to the internal market and other markets in the region.

Dragon Capital assesses that 2021 was a challenging and difficult year for the economy and the new Government, but Việt Nam has successfully overcome it.

The country has flexibly switched from a zero-COVID strategy to “adapting and living with COVID”, and has successfully implemented the largest vaccination campaign in history in just seven months.

And although many business activities were halted in the third quarter of 2021, the economy quickly recovered and accelerated again in the fourth quarter, with growth of 5.2 per cent over the same period of 2020, supporting the whole year's growth to reach 2.59 per cent, the report showed.

By the end of 2021, Việt Nam hasn’t returned to its pre-pandemic state with a 3.8 per cent decline in retail sales, while foreign visitors to the country are still limited. However, with all achievements in 2021, Dragon Capital believes it will be a solid foundation for a promising 2022.

It also believes that the contrasting monetary policies of the US and China, with one side tightening while the other is loosening measures to support the economy, will offset each other's influence.

Therefore, their impact on emerging markets like Việt Nam will also decrease significantly. In case that inflation remains at a low level in 2022, which is below 3.5 per cent, the State Bank of Việt Nam (SBV) will have more room to continue supporting monetary measures, according to Dragon Capital.

Although the size of the economic stimulus package is not as large as expected, if implemented effectively, it will have significant positive impact on the economy, according to the report. VNS

VCN - In the same period last year, the profit of steel enterprises increased sharply thanks to the strong growth in steel prices, but in the second quarter of this year, many units recorded losses.

The Vietnamese stock market witnessed a strong correction recently, mainly due to international macroeconomic factors, including global soaring inflation and the US Federal Reverse rate hikes.

Shares post gains on the back of securities stocks

Shares ended Thursday on a positive note thanks to the prosperity of financial-securities stocks.