Interbank interest rates cool down thanks to good liquidity 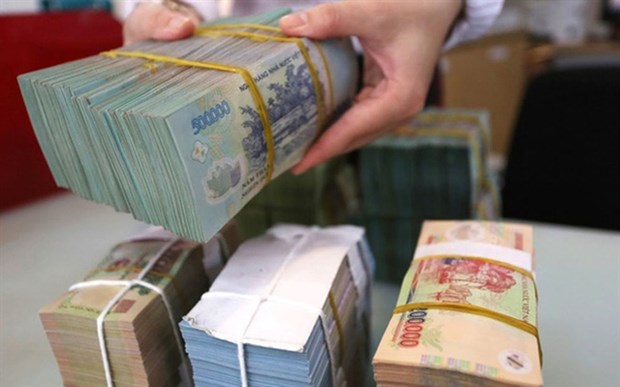 According to the State Bank of Vietnam (SBV), the average overnight interest rate in the trading session ending last week was only 0.92 percent per year, against 1.21 percent in May. The rate for one-week loans was 1.16 percent, compared with 1.35 percent in May.

The good liquidity was thanks to a large amount of money the SBV pumped into the market through the purchase of US dollars from commercial banks.

In a recent money market report, Saigon Securities Incorporation (SSI) reported about 75 percent of foreign currency sales contracts have expired to date this year and the remaining contracts will expire in August. Accordingly, the SBV will have to pump about 157 trillion VND into the market to buy foreign currency.

According to SSI's estimates, commercial banks sold a foreign currency amount of nearly 7 billion USD with a 6-month term to the SBV at the beginning of this year.

A recent report of Vietcombank Securities Company (VCBS) also stated that the liquidity of the banking system in this period is expected to be more abundant than in the previous quarter when the SBV purchases the dollars following the expiry date of foreign currency contracts.

According to VCBS, the bright spot at this time continues to come from the fact that capital flows choose Vietnam as an investment destination with the registered and disbursed FDI capital still on an increasing trend.

The Government’s target of stabilising inflation is being met, and there is still room for controlling inflation.

While the liquidity of the banking system is abundant, lending is showing signs of slowing down due to the impact of the COVID-19 pandemic, with many cities and provinces having to implement social distancing measures.

According to a report of the SBV’s HCM City branch, credit last month only increased by about 0.56 percent compared to the previous month. The average credit increase in the previous months was more than 1 percent. The city's total outstanding loans at the end of July was estimated at 2.69 quadrillion VND, up 6.2 percent compared to the end of 2020.

As the latest outbreak of COVID-19 is causing many difficulties for production and business, SSI believes the SBV would continue to maintain the current monetary policy in the direction of supporting growth and firms.

“The monetary policy might be continually loosened if the pandemic becomes more complicated and lasts longer than expected,” SSI noted./.

VCN - The recent sharp fluctuation of the exchange has hit businesses badly due to increased costs. However, businesses still face a double whammy from liquidity and interest rates.

VCN - The level of savings interest rates at commercial banks has continuously increased since the State Bank of Vietnam (SBV) raised the operating interest rate in the last days of September 2022.