In 2017, the Cashew industry will reach $US 3 billion of export

VCN- 2016 marked a major effort of the Cashew industry while many other key agricultural products faced many difficulties and challenges, Vietnam's cashew nuts continued to be popular with the world market for high processing quality.

In the past 11 consecutive years, Vietnam has been the largest cashew nut exporter in the world with proportion of about 28% of processed raw cashew nut volume and 42% of the world’s total export cashew nuts export volume in 2016.

If adding the processed products and by-products (cashew shell oil, cardanol, etc) in 2016, export turnover value of the Cashew industry reached $US 3.1 billion, the highest ever.

According to the INC, the demand for nut consumption in general and cashew nut in particular on the global scale continues to increase with stable speed, the average increase volume of 10% per year is due to the widely scientific reports to prove the health benefits of cashew nuts and other nuts.

Accordingly, the Vietnam Cashew Association is expected to export 360,000 tonnes of cashews for a value of $US 3 billion in 2017. It is expected that the amount of raw cashew imports will reach about 1.1 million tons. Source of imports of raw cashews is from Cambodia, Indonesia and African countries, particularly Ivory Coast. 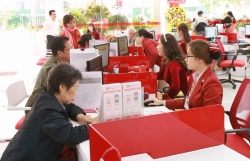 Expecting a wave of interest rate cuts to support enterprises 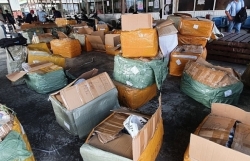 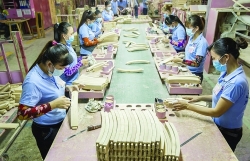