With the COVID-19 pandemic basically controlled, businesses in the south-eastern region of Vietnam are gradually resuming production. 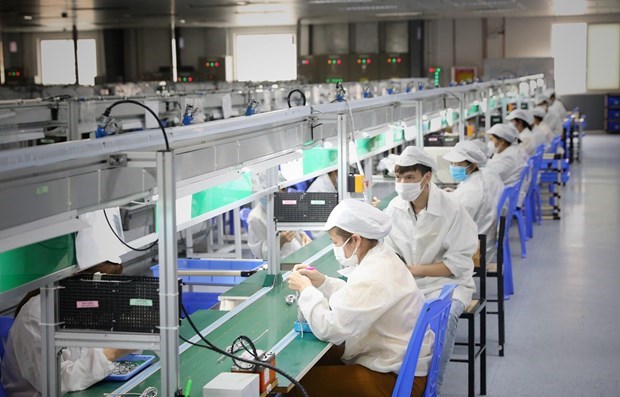 With the COVID-19 pandemic basically controlled, businesses in the south-eastern region of Vietnam are gradually resuming production.

The pandemic has been gradually brought under control in hotspots such as Ho Chi Minh City and Binh Duong, Dong Nai and Long An provinces, paving the way for them to relax measures to revive the economy.

They have tweaked many policies to adapt to the new context, giving hope to businesses during this hard period.

Resolution 128 issued recently by the Government on ‘Safe adaptation, flexibility and effective control of the COVID-19 pandemic,’ which lists criteria to assess the level of pandemic risk and unified response measures by all localities, agencies and businesses, is good news for enterprises.

According to businesses, the spelling out of risk levels lets them know when they can continue operation and when they need to temporarily stop.

In Binh Duong province, 3,330 businesses with 331,585 workers have resumed operations. The province has made efforts to sustain production to prevent supply chain disruption.

The management of the province’s industrial parks is speeding up vaccination for experts and workers to achieve the goal of returning to normal by early 2022.

In Binh Phuoc province, 42,540 workers at 166 enterprises in industrial parks have returned to work. More than 3,000 businesses outside the parks with over 56,000 workers have also resumed operations. Nearly 100 companies have announced plans to hire 9,200 workers.

But they face numerous challenges like a shortage of workers after a large number returned to their hometowns during the lockdown, rising costs of inputs and lack of funds.

Businesses have taken a cautious approach to reopening since the vaccination rate in some localities is only 20 percent.

Vo Tri Thanh, Director of the Institute for Brand and Competitive Strategy, said support policies need to be implemented quickly and in a co-ordinated manner to help businesses recover and catch up with the rest of the world.

“The most important thing for businesses now is a support package which is big enough … and is implemented quickly enough,” he told Vietnam News./.

Linking agricultural products in the Mekong Delta closer to the market

VCN - The active participation of ministries, sectors and the business community is necessary to link the Mekong Delta raw material region (RDR) with the market to improve productivity, quality and value for agricultural products.