Cashew industry urged to focus on markets with FTAs

The cashew industry should focus on markets in which Vietnam had signed trade deals to take advantage of preferential tariffs and expand exports as inflation had pushed up the prices of raw materials and forced people to tighten spending, according to the Vietnam Cashew Association. 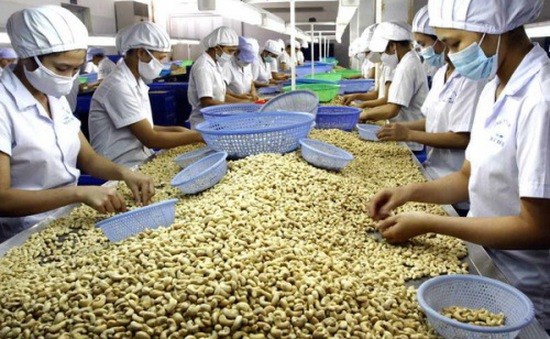 The cashew industry should focus on markets in which Vietnam had signed trade deals to take advantage of preferential tariffs and expand exports as inflation had pushed up the prices of raw materials and forced people to tighten spending, according to the Vietnam Cashew Association.

Statistics of the Import-Export Department under the Ministry of Industry and Trade showed that cashew exports were estimated at 294,000 tonnes, worth 1.76 billion USD in January-July, dropping by 10.5 % in volume and 12.1 % in value against the same period last year.

While the average export price increased by 1.45% against the same period last year to 5,792 USD per tonne, the price of raw cashews rose by 15-20%.

The department predicted that cashew exports would continue to struggle in the third quarter due to rising inflation in big economies and forces people to tighten spending.

Sharing the same viewpoint, the Vietnam Cashew Association also said that cashew exports would continue to drop in the following months, even to the end of this year.

The association said that inflation is badly hitting the import markets of cashew nuts such as the US and the EU.

In this context, the association had to lower its annual export target from 3.8 billion USD to 3.2 billion USD, around 400 million USD lower than the export revenue for 2021.

There is room to promote cashew export in the medium and long term, providing that Vietnam enhance the product quality and consolidate the brands.

According to the Import-Export Department, global cashew exports are forecast to grow 4.6% per year in the 2022-27 period, along with the worldwide trend of vegan and plant-based diets, favouring alternative protein sources.

President of the Vietnam Cashew Association Pham Van Cong said that it is essential to focus on improving the quality and raw materials and exported cashew products to meet the requirements of the import markets.

The cashew industry has not fully taken advantage of the free trade deals in which Vietnam is a member, to expand exports.

According to the Vietnam Trade Office in France, the third largest cashew import market in European Union, Vietnam’s cashew products lack competitiveness in this market as exporters do not attach attention to developing brands for Vietnamese cashews, pointing out that it is rare to find Vietnamese cashew brands on the shelves of supermarkets in France.

Besides improving product quality, the association said the focus should be placed on developing cashew brands.

Due to mounting inflation, Cong stressed that the cashew industry should strengthen exports to markets with free trade agreements with Vietnam to make the most of preferential import tariffs./.

VCN - The economic recovery and the reopening of the market are great motivations for businesses to take advantage of opportunities from export activities.

Export of livestock products expects a lot from "leading" enterprises