Banks plan to increase charter capital to 2.8 billion USD in 2022

The capitalisation of Vietnam’s banking sector is expected to increase by nearly 2.8 billion USD this year. 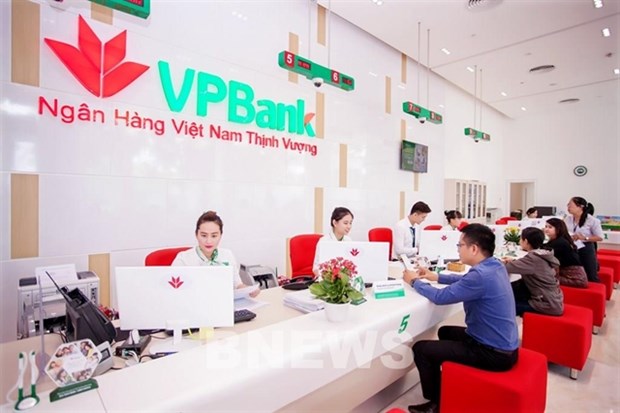 The capitalisation of Vietnam’s banking sector is expected to increase by nearly 2.8 billion USD this year.

During the season of bank annual general meetings (AGM) this year, along with ambitious business plans set for 2022, 17 out of 27 listed banks have approved plans to increase capital in the year, totalling nearly 2.8 billion USD.

If the approved capital increase plans succeed, the order of capital size of banks in the market will be changed, with private bank Vietnam Prosperity Joint Stock Commercial Bank (VPBank) surpassing State-owned banks to top the list.

At the recent AGM, VPBank was given the go-ahead by its shareholders to issue its shares to staff under the employee stock ownership plan (ESOP) scheme and, at the same time carry out the plan to further strengthen its capital via the share issuance from equity and the private placement with a strategic investor to eventually bolster the bank's charter capital to 79.33 trillion VND.

According to Fitch, low capitalisation levels are likely to remain a credit weakness for rated Vietnamese banks as rapid loan growth will make it challenging to raise capital adequacy ratios (CARs) in the next two to three years.

Fitch estimates that the banks that are still to become Basel II compliant need only about 0.6 billion USD of new capital to meet the local Basel II minimum CAR requirement of 8 percent before the implementation deadline in January 2023.

“However, we calculate that the banking system's additional capital needs would rise to as much as 10.7 billion USD (2.9 percent of GDP) if banks raised their loan-loss reserves to cover potential losses from all problem loans while simultaneously maintaining average CARs at 10 percent. State banks drive much of the shortfall due to their lower capital positions,” it said.

According to Fitch, the capital accumulation has been low, despite the strong profitability many domestic banks have reported in recent years. This is because most of the rise in retained earnings was consumed by rapid loan growth./.

VCN - The banking industry has seen many changes in recent years thanks to digital transformation. However, this is an issue that brings opportunities along with challenges for commercial banks.

Lending rates expected to be stable thanks to State support package

Lending interest rates in the remaining months of this year will stay relatively stable to help firms recover production after the pandemic.

Many banks have so far not only closed their doors to real estate development borrowers but also restricted loans to home buyers.