Banks have been promoting the mobilisation of medium- and long-term capital through bond issuance to meet the State Bank of Vietnam (SBV)’s requirements on capital adequacy ratio (CAR). 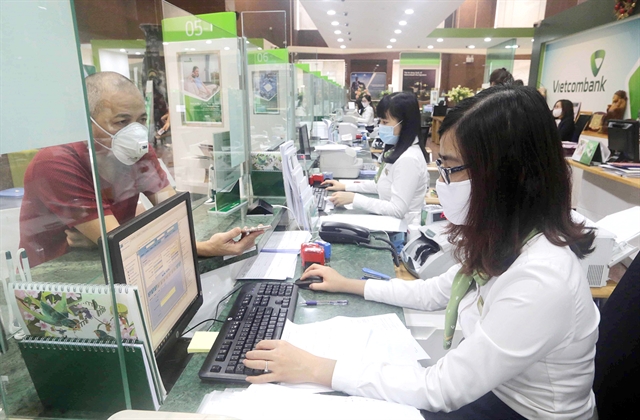 Banks have been promoting the mobilisation of medium- and long-term capital through bond issuance to meet the State Bank of Vietnam (SBV)’s requirements on capital adequacy ratio (CAR).

According to statistics of the Bond Market Association, banks issued bonds worth up to VNĐ10.85 trillion last month, accounting for nearly 42 per cent of the total issued value.

Although the interest rates are significantly lower than corporate bonds of other sectors (bonds of real estate companies, for example, often have high interest rates up to 12-13 per cent per year), but bonds of banks have still attracted investors.

Banking and finance expert Nguyễn Trí Hiếu attributed the rise of two- and four-year bank bonds to a temporary shortage of medium- and long-term capital at banks.

Hiếu explained the rescheduling and postponement of debt repayment to support COVID-19-affected borrowers according to Circular 01/2020/TT-NHNN and Circular 03/2021/TT-NHNN had been causing a large amount of debts not to be able to return to banks. Therefore, banks would need to strongly increase bond issuance to compensate for the capital shortage.

Besides, Hiếu said, the bond issuance had also aimed to increase additional capital of banks to strengthen the CAR to meet the SBV’s requirements when the credit growth rate had been tending to increase much faster than that of banks’ equity.

However, information about the issuance from banks showed the bonds’ buyers were other banks and securities companies.

Previously, data from the Saigon Securities Corporation (SSI) also showed up to 82 per cent of bank bonds issued in the first half of this year were sold to other credit institutions and securities companies.

In the latest issuance on September 10, PG Bank successfully issued VNĐ500 billion of bonds with a term of three years and the buyer was another bank.

Previously, in mid-August, BIDV also successfully issued eight-year bonds as a private placement worth VNĐ500 billion. All the bonds were sold to a domestic credit institution.

According to Hiếu, it is easy to understand why bank bonds attracted customers as these kind of bonds have the highest safety rate in the local market thanks to high liquidity while banks operate under the SBV’s strict supervision.

Meanwhile, compared with bonds of real estate companies, which often have interest rates of 3-4 times higher than that of banks’, it will be difficult for investors to control the use of money of the bond issuers.

Experts forecast the demand for issuing bonds of banks in the remaining months of this year would remain high, especially medium- and long-term bonds, to help banks improve the CAR. The bond yields are also predicted to increase as banks often offer higher interest rates to attract depositors in the last quarter of the year when the need for capital is high. — VNS

ODA disbursement of localities is less than 10%

VCN – The disbursement rate of official development assistance (ODA) capital and concessional loans between January and September of the year of localities is still low, Deputy Minister of Finance Tran Xuan Ha said at an online conference on October 7.

VCN – The Deputy Prime Minister has signed Decision 1535 of the Prime Minister to assign medium-term public investment from the State budget fund for the 2021-2025 period.

About 67 percent of surveyed banks believe they will lose market share within two years if they fail to digitally transform, according to a new report from cloud banking platform Mambu and The Financial Times Focus (FT Focus).

Experts seek ways for Viet Nam to have healthier supply chain
Lastest
99.5% of budget expenditure vouchers are made on the online public service of the Treasury Domestic tax collection in September falls sharply State budget revenue increases 9.2% in nine months Difficulties in achieving target of ODA disbursement Tax sector builds a centralized e-invoice management model Allocation norms of recurrent expenditure estimate of State budget 2022 Amazing growth rate of insurance market The partnership between Vietnam and the World Bank will continue to be tightened ODA disbursement of localities is less than 10% Nine ministries and Government agencies return more than VND8 trillion