Since officially becoming the 149th member of the United Nations (UN) on September 20, 1977, Vietnam has always been a trustworthy partner and an active member of the organisation, with numerous important contributions to the implementations of its missions, Foreign Minister Bui Thanh Son has stated. 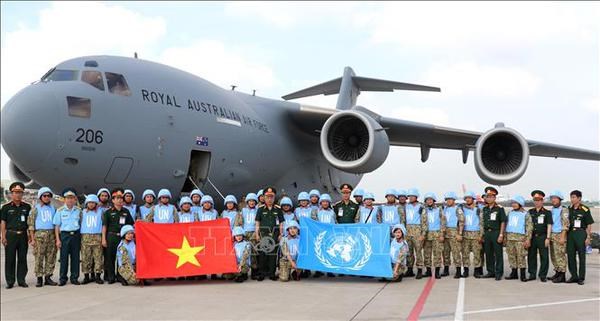 Since officially becoming the 149th member of the United Nations (UN) on September 20, 1977, Vietnam has always been a trustworthy partner and an active member of the organisation, with numerous important contributions to the implementations of its missions, Foreign Minister Bui Thanh Son has stated.

In Vietnam’s renewal cause, the collaboration between Vietnam and the UN has developed strongly, deeply and effectively, he noted, adding that UN programmes and projects have greatly contributed to the reform and international integration of Vietnam, especially the development of socio-economic infrastructure, education and healthcare services, poverty reduction, and environmental protection, along with the sharing of development experience in many areas. 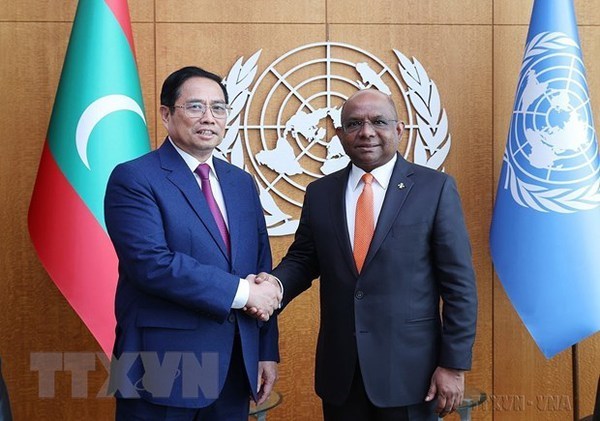 Thanks to the promotion of its self-reliance and effective use of external resources, Vietnam has gained many important development achievements and received high evaluation from the UN and the international community, according to the FM.

He noted that Vietnam showed early completion of five out of the eight Millennium Development Goals (MDGs), and effective implementation of the “Delivering as One” reform initiative, while making efforts to finish the Agenda 2030 on sustainable development and fulfilling its commitments on carbon neutralisation by 2050.

During the hardest COVID-19 period, Vietnam received great support in vaccine and medical equipment from the UN through the World Health Organisation and the COVAX Facility. Through the tripartite cooperation model with the assistance of the UN, Vietnam has actively shared its knowledge and experience learnt from the reform cause with other developing countries, especially in the field of economic reform, international integration, agricultural, health care and education development, Son stated.

The minister quoted UN Secretary General Antonio Guterres as commenting that Vietnam is an important factor of peace and stability in the region and the world. The country has persistently upheld international law and fundamental foundation of the UN Charter, working hard to promote the search for long-term and comprehensive solutions to conflicts, he stressed. He noted that while acting as a non-permanent member of the UN Security Council (in the 2008-2009 term and 2020-2021 term), Vietnam proposed many initiatives and solutions to global issues.

To date, Vietnam has sent 512 military officers and four police officers to UN peacekeeping missions in Africa and UN headquarters, affirming its high sense of responsibility to the international security and promoting the reputation of the Vietnamese soldiers as “envoys of peace and friendship”.

In the field of human rights, Vietnam is upholding dialogue and cooperation, promoting the spirit of humanity and compassion, putting the people at the center of development, sharing achievements and experiences in protecting fundamental human rights, and ensuring justice and social progress. After the 2014-2016 term as a member of the UN Human Rights Council, Vietnam is running for a seat at the council in the 2023-2025 term to continue contributing to the promotion of human rights in the world. 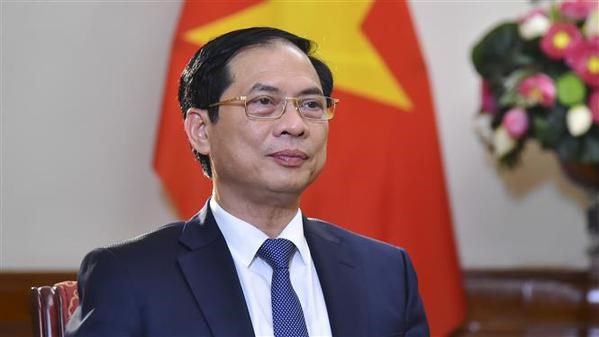 With the achievements of the ‘Doi moi” (Renewal) cause and positive contributions to the common efforts of the international community, Vietnam has been trusted and elected to many important UN organisations such as the UN Security Council (2008-2009 and 2020-2021 terms), UN Socio-Economic Council (1998-2000, 2016-2018 terms), UN Human Rights Council (2014-2016 term), International Law Commission (2017-2021 and 2023-2027 terms), UNDP Executive Board, UN Population Fund (UNFPA) (2000-2002 term), and the Executive Board of the UNESCO (1978-1983, 2001-2005, 2009-2013, 2015-2019, and 2021-2025 terms). With a high sense of responsibility and substantive contributions to the common work of the UN, Vietnam has clearly shown the position, identity and mettle of Vietnam's diplomacy in the Ho Chi Minh era, strongly spreading the message of an independent, self-reliant, innovative, peace-loving, international law respecting, reliable, sincere and responsible member of the international community, Son underlined.

The minister stressed that the 13th National Party Congress continued to affirmed the important position of the UN in the foreign relations orientations and policies of the Party and State, defining the need to continue enhancing multilateral external relations, actively engaging in and promoting its role in multilateral mechanisms, especially the ASEAN, the UN and important cooperation frameworks and mechanisms of strategic importance, suitable to the requirements, capabilities and conditions of the country.

Accordingly, Vietnam has continued to attach great importance to and strengthen cooperation with the UN, staying persistent to independence and self-reliance, ensuring the highest interests of the country and nation on the basis of the UN Charter and the basic principles of international law, equality, cooperation and mutual benefit, making striving to promote the core, leading and mediation role in international issues when conditions permit, while continuing to promote multilateral cooperation and collaboration between the UN and regional organisations, including ASEAN, to jointly find long-term solutions to security and development challenges in the world, according to Son.

He also pointed to the need to enhance the quality of diplomatic officials to increase their presence at UN organisations.

Vietnam will continue to work hard to contribute to reinforcing the central role of the UN in the global management system, thus working together for sustainable peace, independence of states, democracy, cooperation and social progress, the minister affirmed./.