In 2021, Vietnam has continued acting as an active and responsible member of the international community as seen in its performance in many multilateral cooperation mechanisms. 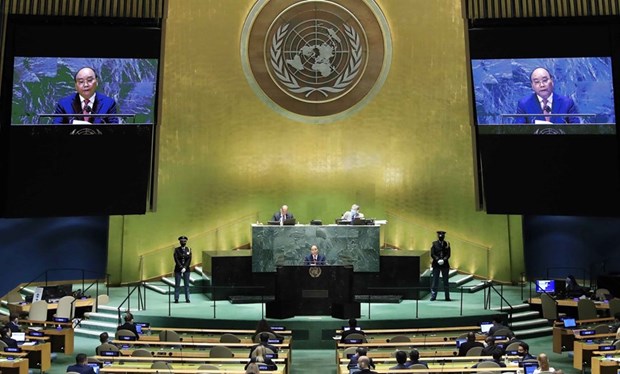 President Nguyen Xuan Phuc delivers a speech at a high-level debate in the 76th session of the UN General Assembly in New York on September 22, 2021 (Photo: VNA)

In 2021, Vietnam has continued acting as an active and responsible member of the international community as seen in its performance in many multilateral cooperation mechanisms.

During the year, aside from making active and responsible contributions within many frameworks, the country has successfully fulfilled its second term, 2020 -2021, as a non-permanent member of the United Nations Security Council (UNSC); been re-elected to the UN International Law Commission for 2023 - 2027; and become a member of the UNESCO Executive Board for 2021 - 2025.

Deputy Minister of Foreign Affairs Dang Hoang Giang said Directive No. 25 issued by the Party Central Committee’s Secretariat in 2018 and the guidelines for diplomacy issued at the 13th National Party Congress institutionalised a critically important policy of promoting and elevating multilateral diplomacy to the next level.

He noted Vietnam has consistently implemented the foreign policy of independence, self-reliance for peace, friendship, cooperation, and development; multilateralising and persifying external relations; being a friend, a trustworthy partner, and an active and responsible member in the international community; and ensuring the national interests at the highest possible level on the basis of the fundamental principles of the UN Charter and international law.

This year, the most outstanding highlight of multilateral diplomacy is the country’s non-permanent UNSC membership. Amid the fast-changing, complex, and unpredictable political - security and socio-economic situation in the world over the last two years, Vietnam has excellently fulfilled this role, according to Giang. 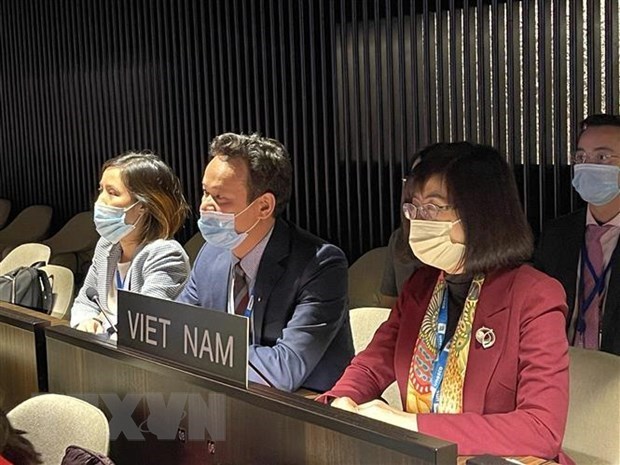 The Vietnamese delegation attends a plenary meeting of the 41st session of the UNESCO General Conference in Paris in November 2021 (Photo: VNA)

Do Hung Viet, Assistant to the Minister of Foreign Affairs and Director of the Foreign Ministry’s Department of International Organisations, said during its term at the UNSC, Vietnam has always shown its principled stance of upholding international law and the UN Charter while paying attention to the legitimate interests and opinions of the parties concerned.

Ambassador Nguyen Hong Thao, who was recently re-elected to the International Law Commission for 2023 - 2027, held that Vietnam’s largest contribution to the UNSC is to promote the building of the UN peacekeeping force. It has also represented the voice of developing countries in the settlement of conflicts in “hot spots”.

He attributed this success to Vietnam’s persistence in the foreign policy of independence, self-reliance, and being an active and responsible member of the international community, which has helped maintain a peaceful and stable environment for developing the country; firmly safeguarding independence, sovereignty, and territorial integrity; and raising Vietnam’s stature and prestige.

Deputy Minister Giang added the important factors in the success of this time’s non-permanent UNSC membership are the entire political system’s engagement under the leadership and direct participation of senior Party and State leaders, the persistence in principles and flexibility in strategies, the close and harmonious coordination among relevant ministries and sectors, the people’s support and consensus, along with international friends’ trust and assistance./.