The country alone issued total $1.5 billion of GSS in 2021, nearly 5 times higher than the value of $0.3 billion in 2020, maintaining stable growth for three consecutive years. 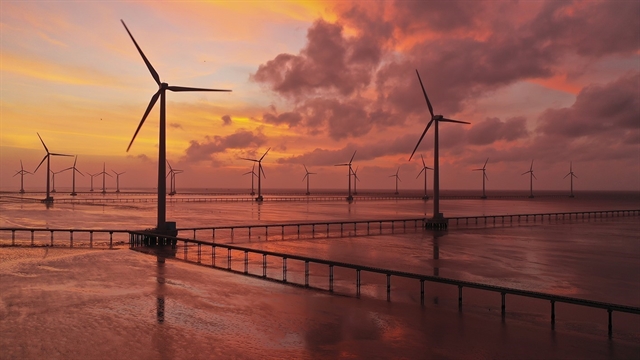 The Climate Bonds Initiatives (CBI) and HSBC have just released the ASEAN Sustainable Finance - State of the Market 2021 report.

Along with other countries in the region, Việt Nam’s sustainable debt capital market has experienced strong growth in the past year.

The report showed that the sustainable debt markets in the six largest ASEAN economies - Singapore, Thailand, Indonesia, Malaysia, the Philippines and Việt Nam - continues to grow rapidly in 2021.

Issuance volumes of green, social and sustainability bonds (GSS) reached a record of US$24 billion, an increase of 76.5 per cent compared to $13.6 billion in 2020, while sustainability-linked debt surged 200 per cent over 2020 to $27.5 billion.

The growth rate is said to reflect the positive sentiment of the ASEAN region in allocating capital for the purpose of responding to the COVID-19 pandemic, and supporting sustainable economic growth amid climate change and low carbon emissions in the long term.

Việt Nam alone issued a total $1.5 billion of GSS in 2021, nearly five times higher than the value of $0.3 billion in 2020, which maintained stable growth for three consecutive years.

The majority of green bonds and loans in the country last year came from the transportation and energy sectors. Việt Nam is the second largest source of green debt issuance in ASEAN, after Singapore, according to the report.

The two largest transactions that account for most of Vietnamese GSS were $425 million of sustainability bonds with stock options from Vinpearl and a green loan worth $400 million from VinFast (value at the time of transaction announcement).

HSBC said that the country’s bond market has swelled over $70 billion in 2021. More than 80 per cent of the issuance was government bonds, while development banks were the second largest issuers.

At the end of 2020, the National Assembly passed the Law on Environmental Protection 2020 with some important amendments, including additional definitions, general requirements for green bonds and incentives for issuers. Việt Nam is also developing a classification system along with the law, which is expected to be enacted this year.

As Việt Nam announced its commitment to achieve net-zero emissions by 2050 at the COP26 conference, it will contribute to the stronger promotion of capital mobilisation through sustainable financial markets to accelerate the carbon emission reduction process.

Tim Evans, General Director of HSBC Việt Nam, said that all forms of sustainable finance aim toward the common goal of supporting Việt Nam realise its target of achieving carbon neutrality by 2050, as committed.

Although the sustainable financial market is growing in Việt Nam and ASEAN, the need to mobilise funds to mitigate and help countries adapt to climate change is still very high, Evans added. Fundraising will support the transition to a low-carbon economy that is essential to achieve the Paris Agreement goals and ease the severe impacts of climate change for the ASEAN region and worldwide.

However, experts also said that there is still a lot of work to be done for the ASEAN region to achieve the green growth target.

Some policies in the region have contributed to the rapid growth of sustainable finance in ASEAN and it is clear that awareness of climate risks has risen among both policy makers and investors, said Sean Kidney, CBI Director General.

Nevertheless, there is still a gap that needs to be filled soon. The sectors that emit a lot of emissions and find it difficult to change must quickly shift from "brown" to "green". These are activities, assets and projects related to energy, heavy manufacturing and agriculture.

"National initiatives such as Singapore's Green Financial Industry Taskforce (GFIT) are a good start. However, we need to act faster to get vulnerable regions like ASEAN less affected by the consequences of climate change," the CBI Director General said. VNS

Vietnamese businesses have many opportunities to increase export goods to Thailand, Laos and Cambodia, according to the Trade Promotion Department of the Ministry of Industry and Trade.

Ambassador Đặng Hoàng Giang, Permanent Representative of Việt Nam to the United Nations, has affirmed the importance of international humanitarian efforts as well as Việt Nam’s commitments to contribute to these activities.

VCN - The Climate Bonds Initiative and HSBC have just released the ASEAN Sustainable Finance - State of the Market 2021 report, with many figures showing the strong growth of the sustainable debt capital market across ASEAN and Vietnam in particular.