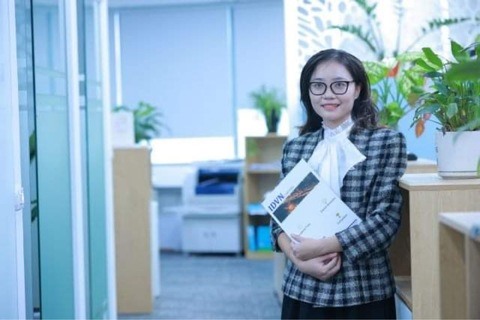 Nomad beekeepers around the country are trying to work as the new season is coming. Việt Nam News speaks to Nguyễn Phương Thảo, International Trade Attorney and Partner at IDVN Lawyers, a boutique law firm specialising in international trade and customs, about the issue.

Have you been following the anti-dumping preliminary decision of the US Department of Commerce on the raw honey they import from Việt Nam?

Yes, we are aware of the preliminary determination of the US Department of Commerce (DO) dated November 17. This is an extremely adverse decision against raw honey producers from Việt Nam.

How does the US perception of Việt Nam not having a full market economy affect the export?

As you know, the anti-dumping duty is based on the dumping margin that the US DOC calculated for Vietnamese honey producers and exporters. Such a calculation is based on the comparison between the export price to the US and the normal value.

In general, normal value is determined by either the sale price in the exporting market or constructed from the manufacturing cost, selling, general and administrative expenses (SG&A), and profit. When the US DOC conducts an anti-dumping investigation against Việt Nam imports, it has always considered Việt Nam a non-market economy where the cost and price do not reflect market conditions.

Thus, the DOC constructs the normal value by surrogate value methodology, which means that it uses data on price and cost from another country that the US considers market economy (e.g. India) to calculate the manufacturing cost, SG&A and profit for Vietnamese producers and exporters.

Could you explain to those not familiar, the filing process for anti-dumping? Why would a proposal from the US Honey Producers Association of over 200 per cent lead to a preliminary decision by the DOC at over 400 per cent?

In its petition, the US Honey Producers Association alleged a dumping margin of around 200 per cent. This alleged duty is normally applied by the US DOC when there is no cooperation from foreign respondents.

However, the DOC is not bound by this alleged duty. As the investigation authority of dumping, the DOC issues various questionnaires to foreign producers and exporters and issues findings based on its examination of the responses submitted by those respondents.

Thus, the DOC may impose the anti-dumping duty at a level greater than alleged by the petitioner as the result of its examination of data and information submitted by the foreign producers and surrogate value methodology.

In this honey investigation, as you know the duty of 412.49 per cent for almost all Vietnamese raw honey exporters resulted from the duties of two mandatory respondents: Buôn Mê Thuột Honey JSC (413.99 per cent) and Đắk Lắk Honey JSC (410.93 per cent).

There is no finding on non-cooperation in the preliminary decision in this case, as the DOC calculated the preliminary duties on the basis of its assessment of responses submitted by two respondents and surrogate values selected by the DOC itself.

What are the challenges for Vietnamese raw honey exporters if this preliminary determination becomes final? What can they do to convince the DOC to decide otherwise?

If the preliminary duties become final, it will be extremely difficult for the Vietnamese raw honey exporters to maintain their access to the US market.

Although the investigation is still ongoing, it is now at the final stage and the exporters, particularly the two mandatory respondents, should focus on the remaining steps of the final stage including verification by the US DOC and the US DOC hearing.

The two mandatory respondents should review the DOC margin calculation and surrogate values selection, to prepare counter argumentation briefs to the DOC.

When the preliminary duties of Đắk Lắk and Buôn Mê Thuột are reduced, the duty rate of 412.4 per cent will be reduced accordingly.

It is important to note that the US DOC has adopted surrogate value methodology since its very first investigation against catfish in Việt Nam in 2002, and it is a fact that Vietnamese exporters in several sectors such as seafood, steel and vehicles tires managed to obtain low or even zero per cent duty regardless of the surrogate value method.

If it's likely that DOC won't change its decision, then what's next?

If the adverse duties are not changed in the final decision, the US market may likely be shut down to the raw honey exporters of Việt Nam.

Vietnamese raw honey exporters have the right to sue the US DOC at the US Court of International Trade if they find that the final decision of the DOC is contrary to what the DOC can do under US law.

In this regard, again they should be assisted with legal advice from US-experienced lawyers because what appears to be unreasonable or unfair in a common sense does not necessarily mean that it is banned by US law.

The raw honey exporters also have the option to get these adverse duties changed in the administrative review after the anniversary of the final duty order. This is the usual path that exporters of other sectors, such as Việt Nam seafood have followed in dealing with the US DOC.

However, this path requires a significant investment by each exporter in re-arranging and enhancing data systems in order to satisfy the US DOC's requirement as well as finding favourable surrogate values.

Good preparation results in minimising mistakes and reduced duties in the review. In addition, those who succeed in defending the review get benefits from better company management and expanding their market share in the US market as we have seen in the seafood sector. — VNS

The Trade Remedies Authority of Vietnam (TRAV) has recommended that wooden cabinet producers and exporters continue to review the export activities of their products subjected to the US Department of Commerce (DOC)’s anti-circumvention and anti-subsidy investigation.

Vietnam considers the US a leading important partner and stands ready to work together with the country to deepen the bilateral comprehensive partnership in an effective and practical manner, on the basis of respect for independence, sovereignty, territorial integrity and political institutions of each other, Vietnamese Minister of Foreign Affairs Bui Thanh Son has affirmed.

US enquires into wooden cabinets from Việt Nam

The US Department of Commerce (DOC) has launched an anti-circumvention and anti-subsidy investigation intonbsp;wooden cabinetsnbsp;imported from Việt Nam and Malaysia.