Many Vietnamese rubber companies have reported positive second-quarter profits despite the rising price of materials needed to produce the popular commodity. 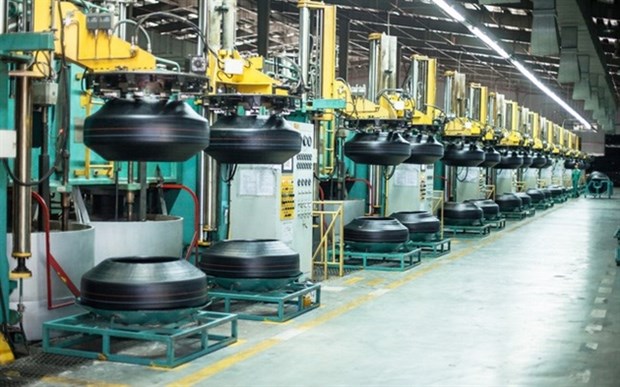 Many Vietnamese rubber companies have reported positive second-quarter profits despite the rising price of materials needed to produce the popular commodity.

This development could be detrimental to the rubber tire business as rubber raw materials account for 70 percent of the product’s cost. However, businesses in this industry still recorded very positive business results in Q2 thanks to an increase in consumption volume in both domestic and export markets.

The export activities of the enterprise also prospered with a turnover of 27 million USD in Q2, up 95 percent over the same period last year and up 43 percent compared to the previous quarter thanks to the strong recovery of orders from the US and Brazil.

This year, CSM aims to export to a number of new markets such as South America and Eastern Europe, on top of current markets including Brazil, India and the US. Export revenue in 2020 increased by 12 percent compared to the previous year thanks to the output of radial tires, which accounted for 60 percent.

In the first half of the year, its revenue reached 497 billion VND, up 24 percent. In which, export revenue rose by 31 percent to 101 billion VND. Its domestic revenue increased 22 percent to 395 billion VND while profit after tax was the equivalent to the same period last year reaching 24 billion VND./.

Companies’ profit growth may cool down but market sees potential

The profit growth of listed companies is forecast to cool down in 2023 but experts said there are still many positive factors to support the market in the near future.

VCN - Vietnam's rubber industry is facing many internal problems that may threaten its sustainable growth in the future when the pressures from the market are increasing day by day. Therefore, it is necessary to develop a long-term plan as a basis for capacity improvement, competitiveness, and towards sustainable development.