The Ministry of Industry and Trade on Tuesday will impose anti-dumping and anti-subsidy duties on cane sugar originating from Thailand at an overall margin rate of 47.64 per cent. 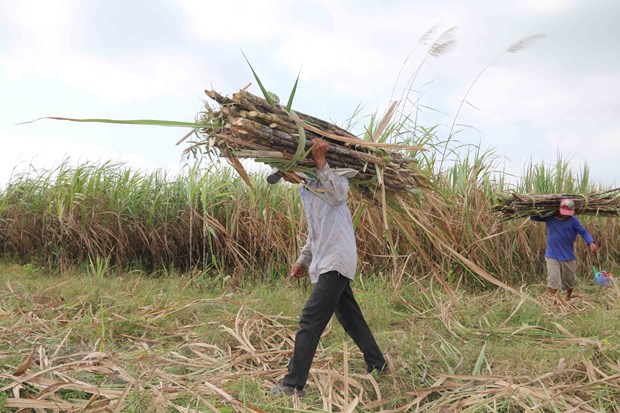 The Ministry of Industry and Trade on Tuesday imposed anti-dumping and anti-subsidy duties on cane sugar originating from Thailand at an overall margin rate of 47.64 per cent.

The duties will apply for five years and took effect from Wednesday.

The investigation against the dumping of sugar originating from Thailand into the Vietnamese market was initiated on September 21 last year.

It found the surge of sugar products originating from Thailand into the Vietnamese market heavily injured the domestic sugar industry with significant decreases in output, sale volume, market share, revenue and profit.

Statistics showed sugar imported from Thailand increased strongly in 2020 by 330.4 per cent against the previous year to reach nearly 1.3 million tonnes.

The Việt Nam Sugar and Sugarcane Association previously claimed that a significant increase in imports of sugar from Thailand had caused a number of domestic sugar plants to close down, about 3,300 workers to lose their jobs and more than 93,220 sugarcane farmer households to be affected.

The ministry on February 9 decided to impose an initial anti-dumping and anti-subsidy duty at a margin rate of 48.88 per cent on sugar imported from Thailand.

The ministry said it would continue to work with other ministries and agencies to keep a close watch on the impacts of the anti-dumping and anti-subsidy duties as well as the production, market supply and demand and sugar prices fluctuations to stabilise the domestic sugar market.

Statistics of the General Department of Customs showed that sugar imported from Cambodia, Laos and Malaysia increased by 573.5 per cent in January – March against the same period last year.

Notably, Malaysia did not plant sugarcane while Indonesia and Cambodia were net sugar importers, according to the Việt Nam Sugar and Sugarcane Association.

The ministry previously said this was the sign of the evasion of temporary anti-dumping and anti-subsidy duties on sugar products originating from Thailand. — VNS

US starts anti-dumping and anti-subsidy investigation on wooden cabinets

The US Department of Commerce (DOC) has started an investigation into made-in-Vietnam wooden cabinets, including kitchen and bathroom cabinets, that used Chinese parts that fell under the US's tariff regime, said a source from the Ministry of Industry and Trade.

VCN - Although the anti-dumping duty (ADD) that is applied to Vietnamese honey exported to the US in the recent conclusion has been reduced many times compared to the preliminary conclusion, Vietnamese honey cannot compete with Indian honey in this market.

The US Department of Commerce (DOC) has decided to decrease the anti-dumping tax for Vietnamese enterprisesnbsp;from more than 400 per cent to less than 60 per cent.