The Ministry of Public Security (MPS) is planning to add the “place of birth” to the new passport version to facilitate citizens’ seeking of visas to the Schengen countries. 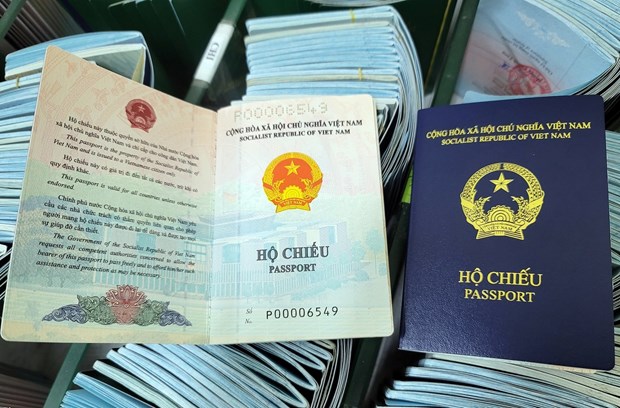 The Ministry of Public Security (MPS) is planning to add the “place of birth” to the new passport version to facilitate citizens’ seeking of visas to the Schengen countries.

The granting and use of the new passport will be among the issues about which Minister of Public Security Gen. To Lam will be questioned at the 14th session of the National Assembly Standing Committee on August 10.

Compared to the old passport, the new version is produced by using modern technology to meet higher security requirements and standards of the International Civil Aviation Organisation (ICAO), according to the MPS’s report sent to lawmakers prior to the meeting.

Images of Vietnam’s typical landscapes and cultural heritages are featured in the new passport with the aim of introducing the country’s land and people to international friends, it noted.

In the report, Lam said according to the ICAO regulations, compulsory information in a passport consists of the type of passport, full name, passport number, date of birth, sex, and passport expiration date. ICAO also gave detailed regulations on the design and layout of information on the page of personal details to ensure consistency among countries in the world.

On that basis, the MPS issued the new passport version without the place of birth to facilitate citizens’ entry, he went on.

Regarding some European countries’ refusal to grant visas on the new passports, Vietnamese authorities have worked with those countries and found that this is only a technical issue.

Since a passport without information about the place of birth may cause difficulties for management in some countries, to create favourable conditions for Vietnamese citizens to seek visas to the 26 Schengen countries, the MPS and the Ministry of Foreign Affairs have agreed to add the place of birth in the appendix of the new passport if its holders wish.

In the long term, the MPS will revise the passport design and add the “place of birth” in the page of personal details, it noted, adding that it is collecting opinions about this issue from the parliament’s committees for defence - security and legal affairs, the Government Office, the Ministry of Justice, and the Ministry of Foreign Affairs./.