Việt Nam needs to be wary of imported inflation, especially from rising global energy and commodities prices, experts have warned, urging attention to be paid to promoting exports and putting imports under control. 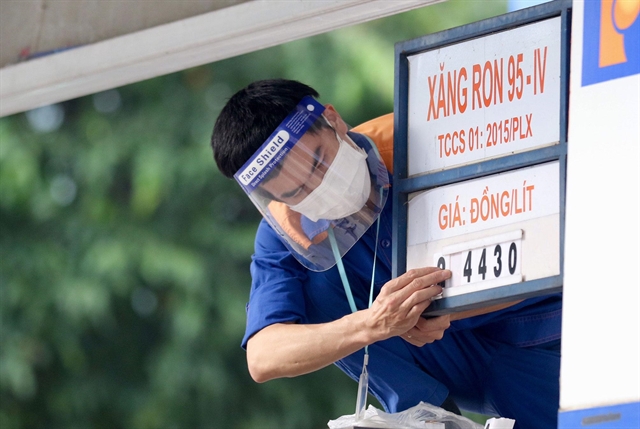 HÀ NỘI — Việt Nam needs to be wary of imported inflation, especially from rising global energy and commodities prices, experts have warned, urging attention to be paid to promoting exports and putting imports under control.

According to Oxford Reference, imported inflation is inflation due to increases in the prices of imports, which increases domestic costs of production and leads to rising prices of domestically produced goods.

Signs of imported inflation arose from the beginning of this year with the prices of imported fuels, materials and components increasing significantly, making imports grow faster than exports.

Updates from the General Statistics Office showed that Việt Nam’s import value rose by 15.9 per cent in the first two months of this year, compared to the growth rate of 10 per cent of export value. The country switched from a trade surplus of $1.4 billion in January to a trade deficit of $2.34 billion in February.

In January-February, Việt Nam posted a trade deficit of $937 million, compared to a trade surplus of $1.6 billion in the same period last year.

Economic expert Vũ Đình Ánh said that the Russia – Ukraine conflict did not have a significant direct impact on Vietnamese trade but was indirectly affecting trade with many foreign partners. Việt Nam’s trade with Russia and Ukraine accounted for just 1.06 per cent and 0.1 per cent, respectively, of the country’s total trade revenue.

However, the tensions together with sanctions from the US and EU on Russia were heavily affecting fuel, material and food prices, creating inflation pressure on Việt Nam.

Crude oil and food prices already increased sharply in 2021 and continued to skyrocket in the first months of this year.

According to the Food and Agriculture Organisation of the United Nations, the benchmark gauge for world food prices FAO Food Price Index which tracks monthly changes in the international prices of commonly-traded food commodities went up in February, reaching an all-time high, led by vegetable oils and dairy products.

Reuters reported that oil prices soared to their highest level since 2008 due to delays in the potential return of Iranian crude to global markets and as the US and European allies consider banning imports of Russian oil. Brent rose $11.67, or 9.9 per cent, to $129.78 a barrel by 6:50pm EST (23:50 GMT), while U.S. West Texas Intermediate (WTI) crude rose $10.83, or 9.4 per cent to $126.51, putting both contracts on track for their highest daily percentage gains since May 2020.

Imported inflation did not happen in 2021 thanks to the Government’s effective macro-economic policies but has arisen as a risk this year. “Controlling imported inflation is a considerable source of pressure for Việt Nam at this moment,” Ánh said.

Ánh said that while the development of the Russia-Ukraine conflict remained uncertain, it was essential to pay attention to promoting exports and putting imports under control.

Former Deputy Director of the Việt Nam Industry and Trade Information Centre Lê Quốc Phương said that the abundant supply of goods coupled with the stable macro foundation would create room for controlling inflation but the loosened monetary and fiscal policies to promote economic recovery and increasing domestic demand might negatively affect inflation.

Phương said that the VNĐ/USD exchange rate might increase by around 1-2 per cent this year, which would contribute to pushing up prices of imports.

Experts said it was essential for Việt Nam to focus on enhancing product competitiveness and increase added value to promote exports while using more domestically-produced products to reduce imports, especially products which saw strong increases in import prices such as fertilisers and rubber.

The State Bank of Việt Nam should maintain a stable exchange rate policy, experts urged, adding that any adjustment in the exchange rate should be carefully considered to encourage exports and limit imports.

However, Dragon Capital noted that the impact of rising oil prices might not affect inflation as expected. Domestic fuel prices were affected by global prices but they did not always move in the same direction.

Việt Nam’s fuel price also included many different taxes and was considered a factor to stabilise the market. To control inflation, the Government could make some policy adjustments, such as reducing the environmental tax on petrol. Taxes and fees currently accounted for 42 per cent of petrol and oil prices.

Dragon Capital was also concerned about increases in prices of pork, rice and poultry. — VNS

Difficulties begin to affect the profits of wood businesses

VCN - Business results of wood exporting enterprises began to record a decline due to the impact of inflation in export markets causing a decrease in orders. Even this situation is forecasted to last into next year when people in other countries continue to tighten their spending.

Wage hike needs to keep up with inflation control

Việt Nam is set to increase the base wage from July 2023.

VCN - The outlook for export orders in the fourth quarter of 2022 and the first six months of 2023 of Vietnam's textile and garment industry is not very positive, due to concerns about inflation and high inventories of clients.