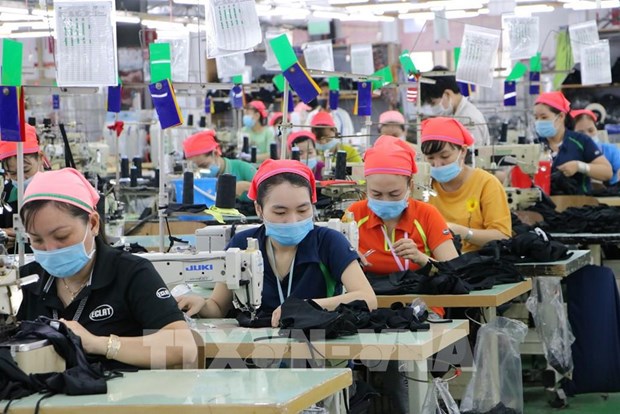 The industrial hub is located in the southern key economic region, serving as a northeast gateway to Ho Chi Minh City. It connects the south central and south Central Highlands regions with the entire southeast region, making the locality a favourable spot for the transport of goods to both domestic and foreign markets.

According to the provincial Department of Planning and Investment, as of October 31, Dong Nai raked in 1.01 billion USD worth of FDI, meeting 91% of the target set for the year.

In the period, there were 38 new projects licenced, whose registered capital amounted to 381.65 million USD. Most of them were invested by those from the Republic of Korea (RoK), Taiwan (China), Japan, and China. Meanwhile, 81 existing projects added 629.69 million USD to their capital.

Assessing the quality of these projects, the department said it has worked on luring projects with large investment capital and using advanced technology, skilled labour, and those in the field of supporting industries. The department has also set a limit on projects that use a lot of unskilled labour, outdated technology, and have negative impact on the environment, following the province's investment attraction orientations.

It said the newly attracted FDI projects include those in the sectors of plastics, mechanical engineering, food, and logistics, with an average investment rate of 8.65 million USD per ha and an average number of employees of 88 per ha, both lower than the 2021 figures. There are no labour-intensive projects with factors that cause environmental pollution.

Leaders of the department said that after the COVID-19 epidemic, many businesses have gradually recovered and boosted production. They have maintained a stable market share and signed new contracts, creating jobs for 617,712 employees.

The province targets to attract 1 billion USD in foreign capital this year. It is coordinating with ministries and agencies to speed up the completion of procedures for setting up new industrial zones approved by the Prime Minister, which are expected to offer 7,000 more hectares of industrial land serving domestic- and foreign-funded projects.

Since the start of the year, many FDI corporations have come to the province looking for investment opportunities such as Aeon, De Heus and Pandora. Many of those already channeling capital into Dong Nai like Novaland, Hung Thinh, Dat Xanh, Sojitz, Canon, Shiseido and Mitsubishi said they will continue to expand their investment.

Park Hyun Bae, chairman of the Korean Business Association in Dong Nai, assessed that businesses from the Republic of Korea (RoK) are constantly pumping more money into the province, particularly in industry and energy./.

Foreign direct investment (FDI) inflow from China to Vietnam is expected to rise as China is to reopen its doors and resume flights between the two countries, according to Agribank Securities Company (Agriseco).