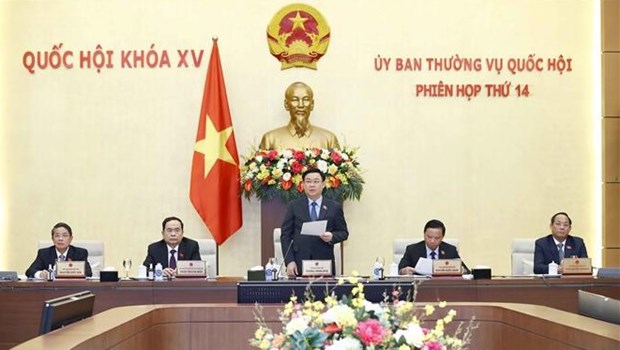 In his opening remarks, Hue said that the session will last for two days and a half, during which the committee will look into a draft report on the outcomes of the thematic supervision of policies and laws on thrift practice and anti-wastefulness for 2016-2021.

This work is scheduled to be scrutinised during the 15th NA’s fourth session, expected to open on October 20, he added.

He went on to say that lawmakers will offer opinions on socio-economic issues regarding the middle-term public investment plan for the 2021-2025 period, and the Government’s proposal for policies aimed at employers and employees affected by COVID-19. 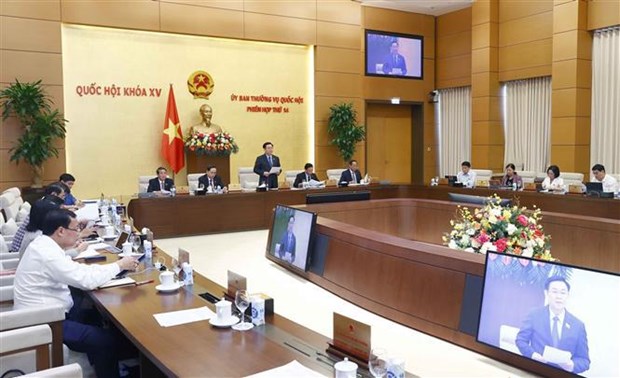 An overview of the session. (Photo: VNA)

Also at this session, the committee will consider the establishment of Binh Phu township in Cai Lay district in the Mekong Delta province of Tien Giang, and Chon Thanh town and its wards in the southern province of Binh Phuoc; and discuss the legislature's report on the work of ombudsmen in July

It will devote the whole day of August 10 for a Q&A session, with focus on matters under the charge of the Ministry of Public Security and the Ministry of Culture, Sports and Tourism.

Deputy Prime Ministers, ministers, and heads of ministerial-level agencies will be responding to the questions.

The top legislator said that at the upcoming fourth session of the NA, the legislative work is very important.

A supervisory delegation of the National Assembly (NA) held a meeting with the Ministry of Finance (MoF) on August 23 to look into the implementation of policies and laws on thrift practice and wastefulness prevention during 2016 - 2021.