Vietnam raked in 16.7 billion USD in foreign direct investment (FDI) in the first seven months of 2021, down 11.1 percent from the same period last year, data from the Ministry of Planning and Investment (MPI) shows. 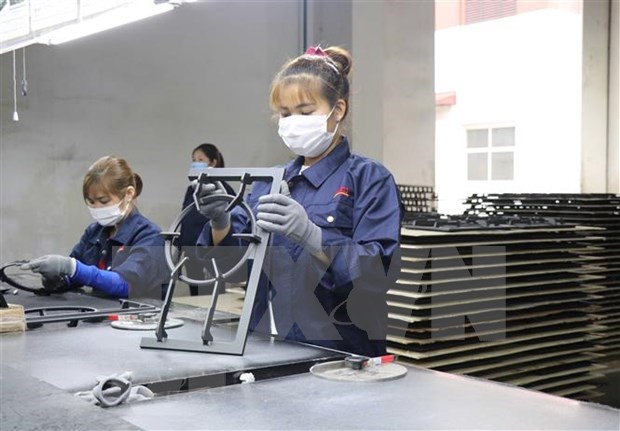 Vietnam raked in 16.7 billion USD in foreign direct investment (FDI) in the first seven months of 2021, down 11.1 percent from the same period last year, data from the Ministry of Planning and Investment (MPI) shows.

This is the biggest fall in FDI inflows since the COVID-19 pandemic broke out again in the country in late April, wreaking havoc on multiple industrial parks in the northern provinces of Bac Giang and Bac Ninh.

Earlier, FDI inflows declined 2.6 percent year-on-year in the first half of the year, after it edged up 0.8 percent in the January-May period.

According to the MPI’s Foreign Investment Agency, of the 7-month figure, 10.13 billion USD came from 1,006 newly-registered projects, up 7 percent year-on-year.

Some 4.54 billion USD was added to 561 existing projects, representing a year-on-year decrease of 3.7 percent. Capital contribution and share purchases by foreign investors dropped by 55.8 percent to 2.05 billion USD.

Economists believed that the COVID-19 pandemic is taking toll on Vietnam’s FDI attraction. The fourth coronavirus wave has knocked the confidence of European businesses, with the EuroCham Business Climate Index (BCI) falling almost 30 points to 45.8 in the second quarter of this year.

Despite the contraction, the FDI disbursement slightly rose by 3.8 percent from a year earlier to 10.5 billion USD.

The largest proportion of the seven-month FDI, 7.9 billion USD or 47.2 percent, landed in processing and manufacturing, followed by electricity production and distribution, with 5.49 billion USD or 32.8 percent.

The Mekong Delta province of Long An was the largest recipient of FDI with 3.58 billion USD, followed by Ho Chi Minh City (1.78 billion USD) and Binh Duong (1.33 billion USD)./.

Thailand’s SCG Packaging Plc (SCGP) will invest 11.79 billion baht (352.9 million USD) to develop a paper factory in its new production complex in northern Vietnam, which has grown into one of the region's major export centres, according to the Bangkok Post newspaper on September 21.

Risk assessment to enhance the efficiency of container screening
Lastest
Facing with five difficulties, the agricultural sector wants to socialise testing Covid-19 and vaccination Thai packaging paper company increases investment in Vietnam PM requests measures to promote production and sale of farm produce Removing difficulties for the shrimp industry with the peak of exports at the end of the year It's time to build a scenario to gradually open the economy How will employees at bankrupt enterprises with social insurance debts be resolved? China is changing drastically, giving up the "habit" of seasonality to trade agricultural products Council for business cooperation in response to COVID-19 set up Great opportunity for pangasius exports Businesses hope to "live together" safely with Covid-19 soon