The UK-Vietnam Free Trade Agreement (UKVFTA), which officially took effect on May 1, is believed to herald a new era for Vietnamese goods to gain a foothold in a market with strong purchasing power. 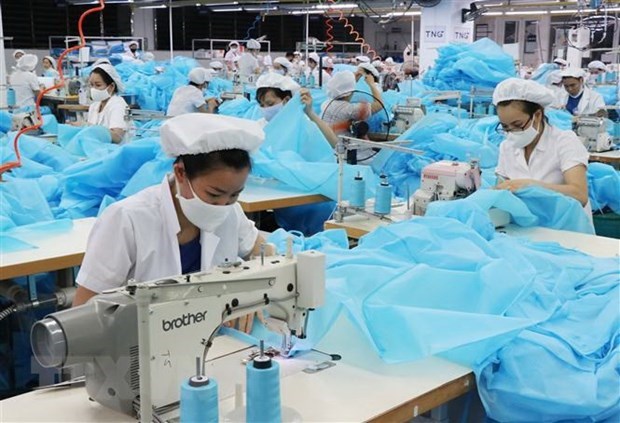 The UK-Vietnam Free Trade Agreement (UKVFTA), which officially took effect on May 1, is believed to herald a new era for Vietnamese goods to gain a foothold in a market with strong purchasing power, according to the Dau tu (Vietnam Investment Review) newspaper.

Vietnam’s exports to the UK rose nearly 27.4 percent year-on-year in the opening four months of 2021, to 1.94 billion USD, data from the General Department of Vietnam Customs shows, which is considered an impressive result amid COVID-19’s impact on global trade.

The UKVFTA, which temporarily came into force on January 1 this year, is hoped to create more favourable conditions for exports to the UK now it is officially in effect.

During the first five months of this year, exports to the UK grew more than 20 percent year-on-year to about 2.4 billion USD.

The UK is currently Vietnam’s third-largest trade partner in Europe.

Data from Vietnam Customs also shows that bilateral trade reached 6.6 billion USD in 2019, including 5.76 billion USD worth of exports from Vietnam, placing the UK ninth among the country’s main export destinations.

Vietnamese goods currently make up no more than 1 percent of the UK’s total annual imports of over 700 billion USD, the newspaper pointed out.

For example, although Vietnam supplies the largest volume of coffee to the UK, the value accounts for just 10.9 percent of the UK’s total imports, ranking Vietnam fourth after France, Germany, and Brazil.

Dau tu cited Nguyen Canh Cuong, Trade Counsellor of Vietnam to the UK, as recommending that businesses further tap into the market since Vietnamese coffee will become more competitive thanks to the UKVFTA, under which most coffee products from the country will benefit from an import tariff of zero percent.

Meanwhile, the UK imported over 1.6 billion USD worth of fruit and vegetables in 2019, with only some 10 million USD coming from Vietnam.

Under the new trade pact, fruit and vegetables from Vietnam will receive a considerable advantage, as 94 percent of the 547 tariff lines on fruit, vegetables, and related products will be slashed to zero percent.

Anh Dao Carrick, a trade specialist in the UK, suggested Vietnamese enterprises join hands with British distributors to develop their own brands and access the market, work to meet importers’ strict technical and quality requirements, and pay due regard to labelling issues./.

Maintaining the "flow" of agricultural exports, especially to China

VCN- In the context of the Covid-19 pandemic in Vietnam, talking to the press recently, Deputy Minister of Agriculture and Rural Development Phung Duc Tien affirmed that the Ministry of Agriculture and Rural Development has been implementing many solutions to promote customs clearance, create a "green channel" for agricultural products for export, especially agricultural products that are in the main harvest.