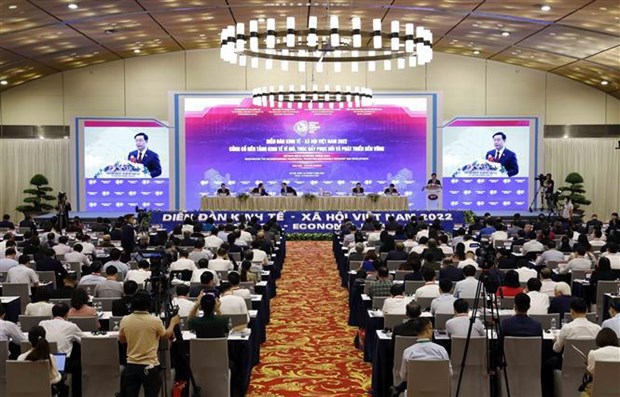 About 400 delegates, including scientists, experts, ambassadors, representatives of diplomatic agencies and international organisations, lawmakers and businesspeople at home and abroad attended the event offline.

Several foreign experts and scientists were present at the event via videoconference.

In his opening speech, National Assembly Chairman Vuong Dinh Hue said the event holds significance as the legislatue is preparing for its fourth meeting to consider and decide on the country’s important soio-economic issues and lawbuilding. 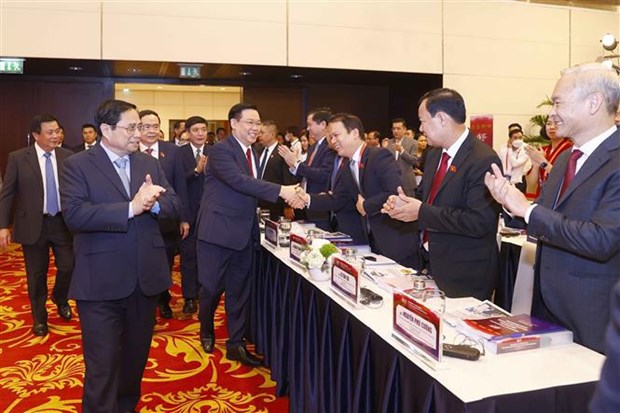 He asked delegates to mull over regional and global economic, financial and monetary situation, give mid and long-term forecasts for Vietnam, and assess opportunites and challenges to the economy in 2022, 2023 and the next period.

They were also asked to review the socio-economic recovery and development programme in line with the NA’s Resolution No.43/NQ/QH15 and the Government’s Resolution No.11/NQ-CP. 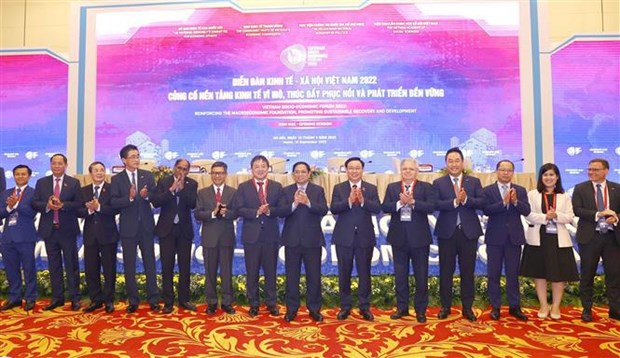 Delegates at the event (Photo: VNA)

Speaking at the event, Director of the Ho Chi Minh National Academy of Politics Nguyen Xuan Thang said the Vietnamese economy has overcome the most difficult period of the COVID-19 pandemic. Over the past nine months, the economic growth has been positive while the macro-economic stability has been maintained and inflation has been under control. This year, the economy is forecast to ensure major balances and the growth is optimistic.

Without preparations, the Vietnamese economy is likely to meet difficulites amid uncertain developments in the world, he said.

He added that Vietnam must focus on maintaining macro-economic stability while actively and flexibly coping with rapid developments in the world, which is key to maintaining economic growth.

According to him, reinforcing macro-economic foundation not only lies in fiscal and monetary policies but also in tackling obstacles in the economy and effectively tapping every social resource.

In the end, he said such will make it easier for Vietnam to switch to a new growth model soon on the back of sci-tech and innovation./.