Ho Chi Minh City and Bac Ninh compete for the No. 1 position in terms of exports Series of policies to clear flow of imports and exports Advising on the issuance of Government bonds and mobilizing capital for the economic recovery program 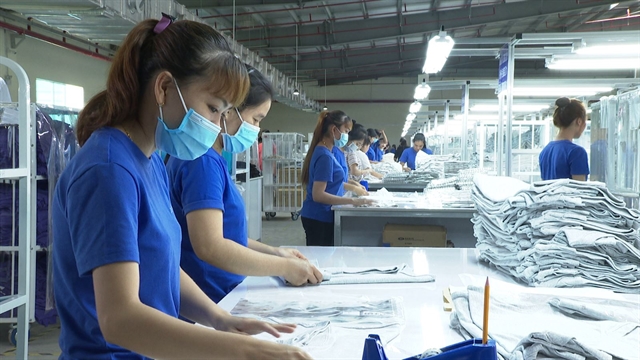 The southern border province of Tây Ninh is creating conditions for COVID-19-hit businesses to overcome obstacles and resume production and adapt to the new situation.

With a 240km border with Cambodia, Tây Ninh is at high risk of infection though the latest outbreak has shown signs of easing.

After months of fighting the pandemic, the province has been assessed as being at level 2, or medium, risk of spread, in the four levels listed under the Government’s Resolution 128.

Social distancing has been relaxed since the outbreak has basically been brought under control.

The latest wave has affected all aspects of the economy, with most local businesses in all sectors being severely hit.

Most businesses have been allowed to resume operations but are still in a very difficult situation. For instance, production costs are up multiple times compared to before the pandemic.

The province Department of Planning and Investment said it has implemented a number of solutions and held numerous discussions with businesses, especially foreign companies, to find out and address their difficulties so that they could resume operations, “contributing to social stability and socio-economic development.”

It is strengthening links between producers and buyers and trade promotion, and supporting transportation and distribution of goods.

Assistance under the package has so far been given to businesses that have workers staying in their factory or office, with priority given to those in industrial parks, export processing zones and economic zones.

The province regularly carries out inspections to crack down on agencies and officials that do not discharge their responsibility or are slow or indulge in “negative” acts when settling administrative procedures related to investment.

Investments have been made in building energy and telecommunications infrastructure and wastewater drainage and treatment systems in industrial parks and clusters and economic zones.

Roads have been upgraded to facilitate the transport of goods between the province and others.

The province focuses on developing infrastructure at international and other major border gates and soliciting investments in the building of new wharves, yards and warehouses for developing logistics services and serving the needs of goods distribution from border provinces to Cambodia.

It has instructed businesses to themselves perform rapid COVID-19 tests on their workers, and helped them buy vaccines. 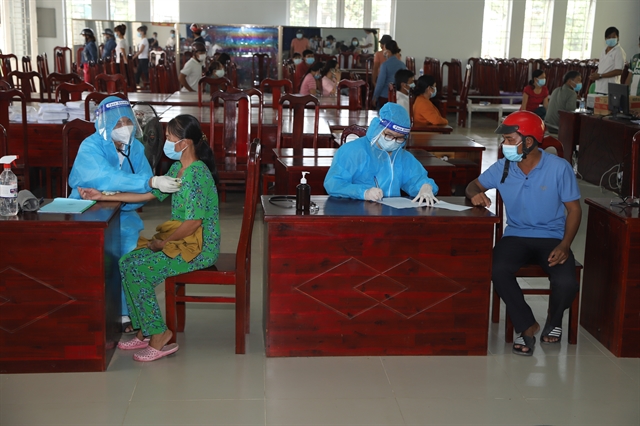 Border guards and other authorised agencies are closely monitoring people travelling over the border to prevent illegal entry or exit.

Nearly 150 pandemic prevention checkpoints have been set up on the border and gateways to halt the possible spread of the virus.

Health and other agencies continue to contact patients and test to detect infections promptly and isolate people likely to have contracted the disease.

The province throws the book at violators of pandemic safety regulations.

It is speeding up vaccination, giving priority to drivers and other workers in transportation, and those in key sectors like manufacturing of essential goods and agricultural processing.

So far 80 per cent of everyone aged 18 and above has received at least one dose of a COVID vaccine, with 50 per cent getting two.

The province plans to vaccinate children aged 12 to 17 soon.

Since mid-July it has allowed businesses to reopen if they adopt safety requirements to protect their workers.

They had been required to house their workers and comply with all pandemic prevention regulations.

Nguyễn Đình Xuân, director of the province Department of Agriculture and Rural Development, said the farm sector was set to focus on key projects and planned to restructure.

His department planned a project to achieve green, sustainable growth and high added-value, accelerate digital transformation and boost the use of technology in agriculture, he said.

It would provide better market information and support to ensure agricultural products meet the demands of domestic and export markets, he said.

It would use e-commerce trading floors for agricultural products to expand consumers' access to them, reduce intermediaries and improve farmers’ incomes, he added.

In the first nine months of the year the province attracted only 1.5 million tourists, a 26 percent decline from the same period last year.

Revenues from tourism activities and services fell by 16 per cent to VNĐ593 billion (US$26.2 million).

Trương Quang Hùng, director of the province Department of Culture, Sports and Tourism, said the local tourism sector together with HCM City and travel firms planned to resume a tour to Bà Đen Moutain from the city suspended for more than four months due to travel restrictions.

It would be open to people who have received two COVID vaccine shots and test negative before departure, he said, adding 200 people came between October 18 and 21.

200 businesses to be honoured with Vietnam Gold Star Award 2021

200 best businesses that have achieved good business performance and sustainable development and undertaken good social responsibilityselected from 31 sectors will be honoured with the Vietnam Gold Star Award 2021.

As a driving force of economic growth, enterprises should be more proactive in building production and business plans in the new situation given complicated developments of the COVID-19 pandemic, Minister of Industry and Trade Nguyen Hong Dien has said.

VCN - Businesses in many different fields have affirmed that digital transformation and the application of information technology are vital factors for each unit, but a suitable solution must be found.

Ho Chi Minh City and Bac Ninh compete for the No. 1 position in terms of exports

Series of policies to clear flow of imports and exports

Advising on the issuance of Government bonds and mobilizing capital for the economic recovery program
Lastest
Ho Chi Minh City and Bac Ninh compete for the No. 1 position in terms of exports Four important solutions to remove congestion of goods at the border gate What makes a record of more than US$600 billion of import and export Four groups of policies create momentum for import and export HEPZA aims to lure 500 million USD in investment this year More capital flows come to economic, industrial parks in 2021 Businesses thirsty for labor at the end of the year Supporting policy response for small and medium enterprises in FTAs Việt Nam expects US$1.7 billion in tra fish exports in 2022 Textile firms urged to go green to attract more credit