VCN - The Covid-19 pandemic has seen complicated developments, but smuggling activities, trade fraud and illegal cross-border transportation of goods has not reduced but have employed more sophisticated and reckless methods.

At a conference of the Finance sector on July 16, the Director General of the General Department of Customs Nguyen Van Can said that smuggling is a problem on all routes via express delivery with large volumes of infringing goods. The customs authority has worked with inter-sectoral authorities to handle many cases.

In the first six months of the year, the Customs sector handled many violations of national security such as weapons, reactionary documents and products related to the "nine-dash line”.

Through an investigation of violations, the Customs authority discovered that traders often abuse transit through Vietnam to transport infringing goods. The Customs sector has seized hundreds of infringing containers containing banned goods and goods infringing intellectual property related to transit.

“Notably, the smugglers were very aggressive, cut customs seals and disassembled containers. Currently, Customs is working with the police to investigate the seizure of 73 containers of temporarily imported goods for re-export which have been gutted, still have seals. We are handling it soon,” said Nguyen Van Can.

Faced with the above-mentioned developments, the General Department of Customs has requested local customs departments and customs control forces to take drastic and effective measures to detect and prevent acts of smuggling, trade fraud, illegal transport of goods across borders and transnational drug trafficking lines.

In the first half of the year, the General Department of Customs issued many plans such as: a peak plan to fight smuggling, trade fraud, counterfeit goods, and illegal cross-border transportation of goods before, during and after the Lunar New Year 2021; a plan to strengthen the inspection and control of imported goods suspected of violations at seaports in the central region; and a plan to conduct customs control in 2021.

In addition, the Anti-smuggling and Investigation Department under the General Department of Customs issued 10 guiding and warning documents to local customs departments to guide customs control and Covid-19 pandemic prevention throughout the sector.

The Customs sector also promoted coordination with inbound and outbound authorities such as the implementation of multilateral cooperation activities within the framework of a program organized and regulated by the World Customs Organization (through the Regional Intelligence Liaison Office for Asia - Pacific - RILO AP), such as: Green earth campaign to combat illegal cross-border transportation of waste (Green Earth); and the campaign to thwart illegal waste and ozone depleting substance trade (Demeter VI).

“Due to the Covid-19 pandemic, disease prevention and control has been strictly conducted at borders and border gates and immigration has been restricted. Therefore, smugglers abuse air route, express delivery and post offices to transport goods. In recent cases, a large amount of drugs was hidden in goods such as: medicines, milk, supplementary foods, shampoos, shower gels, children's toys, and pet food,” said Nguyen Hung Anh.

In order to actively and effectively fight against acts of smuggling, illegal cross-border transportation of goods and transnational drug crimes, in the second half of the year, the General Department of Customs will continue to follow directives of the Party, State, Government, National Steering Committee 389 and Ministry of Finance on strengthening the fight against smuggling, trade fraud, counterfeit goods, poor-quality goods and drug-related crimes.

Along with that, maximizing the use of equipment and facilities in online monitoring on three levels effectively; notifying and warning customs units about new methods and tricks of crimes in order to proactively develop effective plans.

Improve the efficiency in terms of quantity and quality of investigation and prosecution of criminal cases, especially for serious and complicated cases with domestic and international connections; strengthening direction of anti-drug work in the new situation; continue to seriously and effectively implement the Plan 6197 dated September 22, 2020 of the General Department of Customs on strengthening and improving the effectiveness of the prevention, combat and control of drugs and precursors by Customs.

VCN – Goods imported by Vietnamese organizations and individuals to serve Covid-19 prevention and control are exempt from import duty and value-added tax as imported goods in the case of humanitarian aid and non-refundable aid, according to the Government Resolution 106.

VCN – Gap International Sourcing (Vietnam) Limited Liability Company has been forced to end its import and export work as it has authorised two customs brokers to open two declaration forms to import goods while it is subject to enforcement. 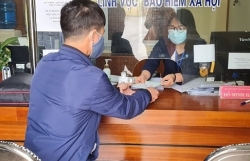