Prime Minister Pham Minh Chinh had a dialogue with Japanese investors on November 24, during which the Vietnamese government leader affirmed that the Vietnam-Japan relationship has never been as good as it is now, and will even grow better in the future. 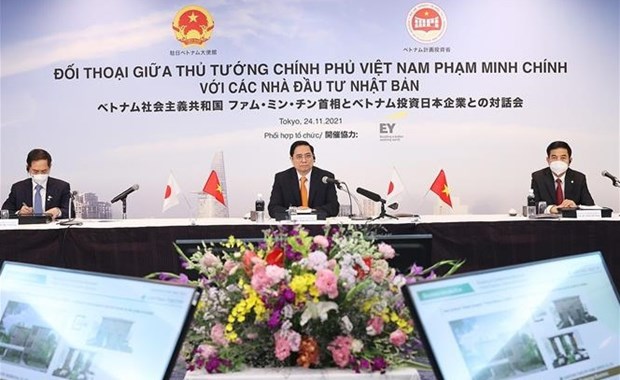 Prime Minister Pham Minh Chinh had a dialogue with Japanese investors on November 24, during which the Vietnamese government leader affirmed that the Vietnam-Japan relationship has never been as good as it is now, and will even grow better in the future.

According to the PM, Japan is currently the largest ODA donor to Vietnam, with nearly 27 billion USD, accounting for approximately 30 percent of the ODA that the Japanese government providing for countries worldwide.

The Government leader said Vietnam prioritises development in harmony with nature, climate change adaptation and digital transformation in the coming time, therefore, it urgently needs capital, technology and management methods, which are the strengths of Japanese investors, who have good understanding of and have a lot of success in the Vietnamese market.

Early the same day, PM Chinh received representatives from leading economic corporations and universities of Japan that intend to invest in Vietnam. 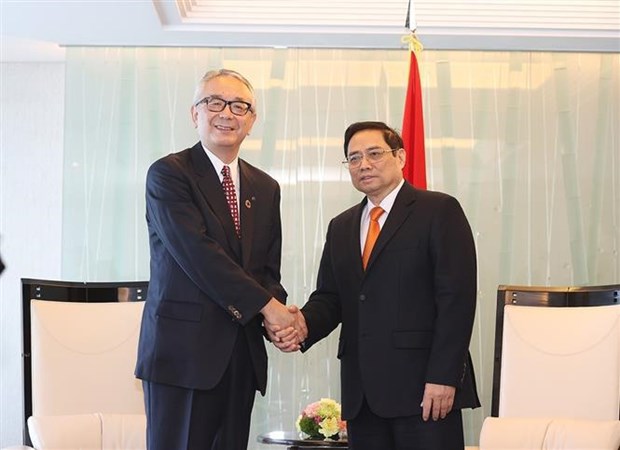 The general director of Shionogi Inc said that the group will continue to help Vietnam pilot the production of vaccines and drugs for COVID-19 treatment, adding that the firm wants to invest in a facility for vaccine and medicine research and production in Vietnam, the first of this kind of the group in Southeast Asia. 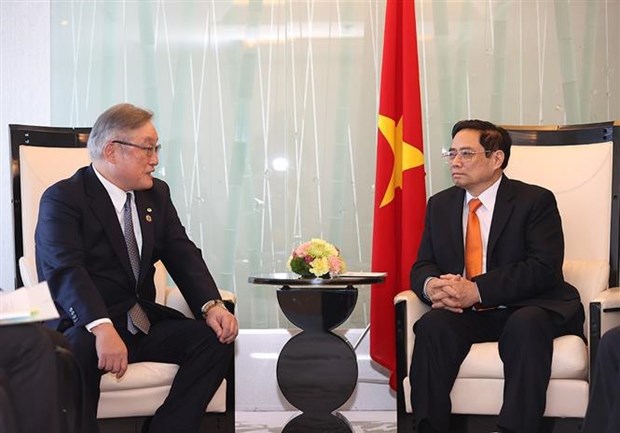 Meeting with representatives from Sumitomo Corporation – a partner of BRG Vietnam, PM Chinh applauded the firm’s investment plan to develop urban areas in Vietnam. However, he suggested that the group should study to combine urban development with production and business, and development of cultural, sports and medical institutions.

During meetings with representatives from Ryukyu University Okinawa, Jutendo University, Hokkaido University, Waseda University, Hiroshima University, and Kobuta, Paramount and Horiba and Azuma corporations, PM Chinh welcomed investment ideas of the establishments, saying that these are all areas that Vietnam is in need of investment./.

Prime Minister Pham Minh Chinh took the floor at a Q&A session on November 12 to give further explanation after Cabinet members answered law-makers' questions on issues regarding health care; labour, invalids and social affairs; education and training; and planning and investment.

Prime Minister Pham Minh Chinh landed at Prestwick airport on October 31 morning (local time), starting his trip for the 26th United Nations Climate Change Conference of the Parties (COP26) and a working visit to the UK at the invitation of his counterpart Boris Johnson.