Bright outlook for economy despite challenges

Vietnam’s economy has a positive outlook for 2022 despite the emergence of Omicron sub-variants, global geopolitical tensions and mounting input costs, according to Nguyen Quoc Viet, deputy head of the Vietnam Institute for Economic and Policy Research. 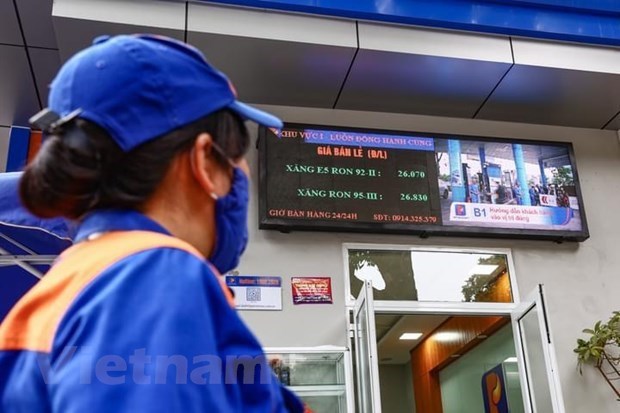 Vietnam’s economy has a positive outlook for 2022 despite the emergence of Omicron sub-variants, global geopolitical tensions and mounting input costs, according to Nguyen Quoc Viet, deputy head of the Vietnam Institute for Economic and Policy Research.

He was speaking at the workshop "Inflation in 2022: Impacts and policy recommendations" held on September 16.

Viet said inflationary pressures have begun to build up but the situation is under control so far. Eight-month Consumer Price Index (CPI) rose by just 2.58% year-on-year, well under the target of 4%.

GDP growth hit 7.7% in Q2, the highest quarterly growth in ten years. Eight-month Index of Industrial Production was 15.7% higher than the same period in 2021.

Exports fared quite well amid the global trade downturn with an eight-month revenue of 250.8 billion USD, up 17.3% year-on-year. Of which, textiles are expected to keep riding high in the rest of 2022 thanks to free trade agreements.

He opined that the inflationary pressures would abate should global food and fuel prices cool down and supply chain disruptions improve in the short term. He forecast Vietnam’s inflation would stay at around 3.3 and 3.8% this year.

Regarding the disparity between consumers' perceived inflation and the General Statistics Office (GSO)'s estimated inflation, Viet told Viet Nam News that the disparity can be attributed to the under-weighting of fuels, foods, and transportation costs in the CPI basket.

"The weights assigned to fuels, foods, and transportation costs in CPI basket in Việt Nam are lower than those in ASEAN 3," he said.

Can Van Luc, chief economist of the BIDV, suggested the use of the Producer Price Index and Core Inflation in addition to CPI to trace the real causes of inflation, which could be cost-push or monetary.

He said inflation in Vietnam has not reached its peak due to time lags and forecast that inflation would rise further towards year-end.

Regarding weights assigned to items in the CPI basket, he said the weights are adjusted in every five years. For example, the weight of foods is 33.6% currently, against the previous weight of 36%.

He also opined that the Government has done quite well in curbing inflation via fuel price stabilisation and food supply control.

The two measures were highly effective against rising prices because transportation costs, food prices and construction material prices made up 90% of the rise in CPI.

Economic expert Vu Dinh Anh asserted that Vietnam put macro-economic stability at the top of the agenda. Fast economic growth at the cost of stability is never an option.

"We have had to pay a heavy price for the macro-economic instability between 2006 and 2011," he said.

The expert is all for higher caps on credit growth. He underscored credit growth caps as an administrative tool to raise total credits, which, he believed, is safer than market-based tools in term of systematic stability.

Prime Minister Pham Minh Chinh on September 23 chaired a forum on collective economy and cooperatives, which focuses on the role of digital transformation in the development of the sector.